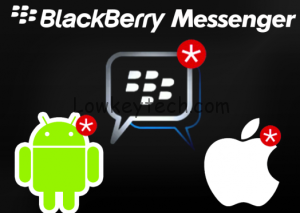 Blackberry messenger has become the most used social application in the world both on mobile devices, tablets, and also Pc. BBM has grown so large that it is on all mobile platform and was just recently launched on the windows phone OS. This tutorial is actually focusing on BBM display picture popularly called “DP”, and am going to be showing you possible causes why your DP isn’t changing and likely steps to be taken to fix that and get absolute solution to any DP issues you ever come across in all devices. Let’s get started.

There have been so many complaint and lots of questions regarding BBM display picture and am going to tell you possible causes below:

To get your DP fixed, follow the steps below:

For Android and iphone:

NOTE: The above solution works 100% on the BBOS and on Androids.

BBM on BB10 devices is a core app and cannot be deleted, this can be quite annoying and the only possible way is to Upgrade or Reload, flash your Operating system (OS).

I hope this tutorial has been of great help?