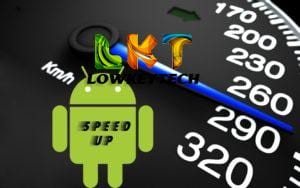 Am 100% positive at the end of this tutorial your android device is going to be faster than Husain bolt and that of a rocket jet. The end has come for your android device which usually takes forever to open a webpage and also takes much time to run an application or slows and hangs when playing  games.

Also the joy of owning an android device is simple and easy way to tweaking the OS to suit your specific needs, unlike the iPhones, Windows phones and blackberry devices. You don’t need any third-party application to do this but just sit and feel the magic which is likely the easiest, simplest and most impactful, giving your Android phone a huge speed boost in a matter of seconds with no third-party software required.

How To Increase my Android Speed 10x:

I tested this trick on my Samsung galaxy S4 and it worked perfectly, My S4 wasn’t slow before I just wanted more speed and quicker processing. Below is a step by step approach to also increasing your android device speed. 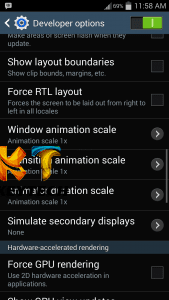 NOTE: If you didn’t see the three settings above, they may be located within an “Advanced” subsection

If you can see the three settings, by default, each of those three options is set to “1x” but tapping them and changing them. 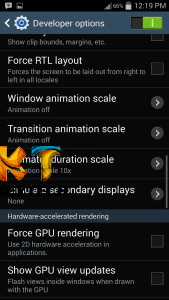 I noticed when I increased the windows and transition scales to 10x my phone was hanging and very slow, so I turned them off except the animation duration scale which was perfect. This will dramatically speed up your phone making all processes faster than that of Husain bolt

After the above tweaking, I noticed my S4 speed increased beyond measures, My Bbm application that normally takes little time in opening due to my massive over 1k bbm contacts, open few seconds after clicking on it. And other changes in faster processing of applications and other functions. 😀

This harmless tweak forces the device to speed up all transition animations, and the entire user experience is faster and smoother as a result. So it’s not going to brick or harm your android device.

Also do not touch any other settings in the developer options please.

Have fun tweaking your android device 😀