The Blackview BV6300 Pro is a rugged smartphone that packs an Helio P70 chipset with ample RAM, generous inbuilt storage, and massive battery capacity. The Chinese company announced the device alongside the Blackview A80 budget phone.

Another noticeable feature is that the mobile phone is built with both gamers and military in mind. Read on as we explore more on this rugged budget phone from Blackview. 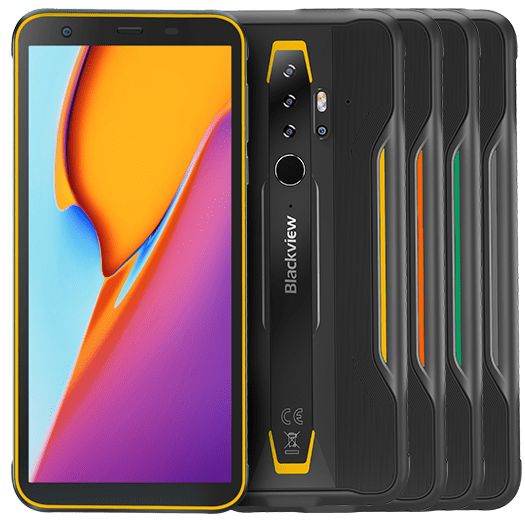 The Blackview BV6300 Pro is a nice device and many will definitely fancy the overall makeup. The handset somehow is inspired by the Xiaomi Black Shark. It has a nice and attractive body than a chic.

The bright colors on the back are somewhat looking cheap though which probably means the phone is built with plastic. This arrangement makes it appear relatively playful. You will also get a fingerprint scanner with an LED flash and cameras on the panel in a vertical segment.

Overall, we can say the phone is tough, slimmer, and lighter as well. It offers durable quality and its also portable and easier to handle. It has an IP68 rating making it waterproof up to 1.5m in depth for 30 minutes. It’s also drop-proof and dust resistant.

The Blackview BV6300 Pro has a screen size of 5.7 inches with an HD+ display panel and a resolution of 720 X 1440 pixels paired with 240 PPI density. It also comes with a Corning Gorilla Glass 3 protection and reaches 76.4% screen to body ratio.

On the camera department, it has a quad rear camera that is built by Samsung. Blackview BV6300 Pro has a 16 MP main shooter with an 8 MP sony ultra-wide-angle camera, 2 MP macro camera, and 0.3 MP assistance camera.

The camera shoot full HDR videos and with the LED flash, users will take stunning photos both in the daytime or at night. The front camera on the device is 13 MP sony with AI face beauty function that improves your facial features.

On the hardware, the Blackview BV6300 Pro has a Mediatek Helio P70 octa-core processor which has proven to be fast and reliable both in gaming and multitasking. The octa-core is running at a speed of 2.1GHz and it comes with ARM Mali-G72-MP3 900MHz for graphics.

The inbuilt storage on the phone is 128GB paired with 6GB RAM. You can also expand the storage up to 128GB using a micro SDcard. It runs on the Android 10 operating system with a bunch of brand new features.

The 4380 mAh battery on the phone promises hours of usage when fully charged. Thanks to the fast charging technology, it will take a few minutes to charge the phone through the Type C USB.

Other features on the phone include NFC that allows users to use Google Pay and other mobile payment methods.

Here are a few specs of the Blackview BV6300 Pro:

How To Add Animations To Your Photos

How to Create Password-Protected Drive in Windows

How To Add Animations To Your Photos

How to Create Password-Protected Drive in Windows