Have you ever questioned your friends What were the best games for your PC ever? Actually, the question makes a point since there are many games available for PC. Of course, Gaming is an excellent way to spend your free time.

There are many games available for your PC, but not all of them were good. Therefore, we decided to make a list of games that you will love to play on your computer.

Best High-End Graphics Games, You Will Love To Play On Your PC

So, below we have listed some of the Best Hi-End Graphics Games that you will love to play on your PC. Most of them are high-end games that will require a Graphic card to run.

If you love to play first-person shooting games on your computer, you will love this game. The game has been developed by EA Dice and was published by Electronic Arts. Well, Battlefield lovers will feel proud to know that this game is the fifteenth installment in the Battlefield series. 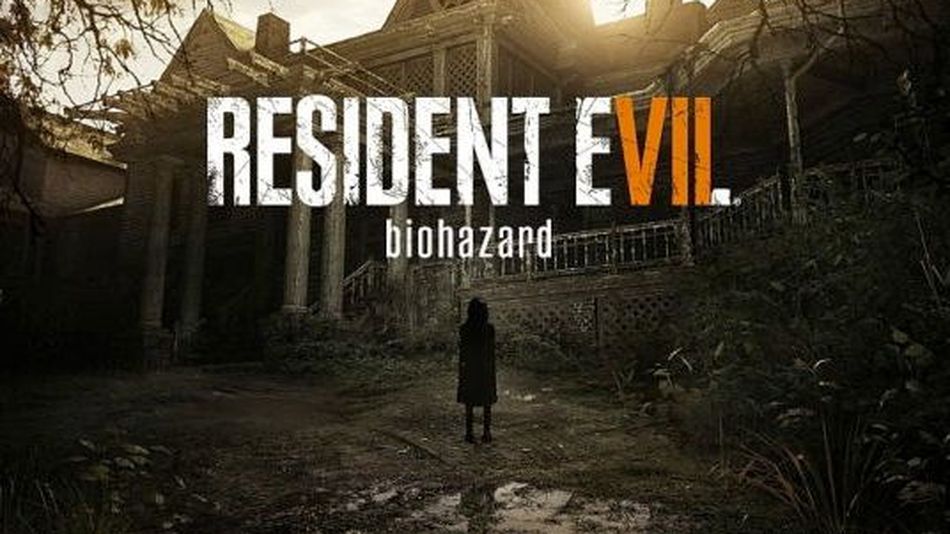 This is the 24th entry in the Resident Evil franchise. In Resident Evil 7, the key player needs to solve puzzles and kill enemies to survive. 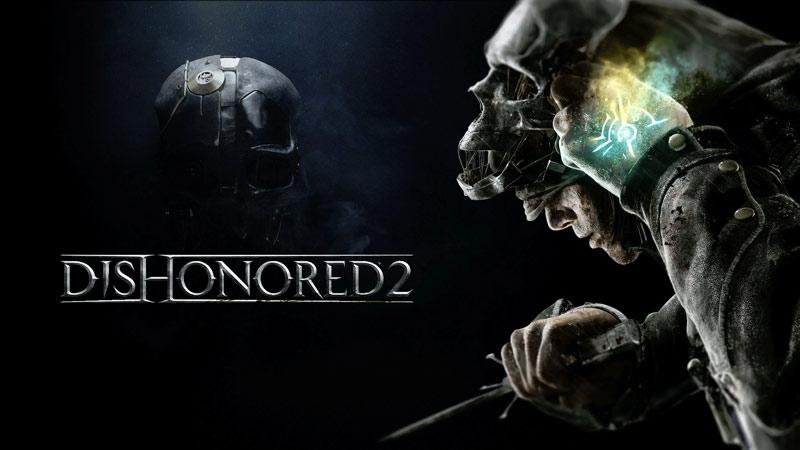 If you love to play stealth video games, you will find no better choice than Dishonored 2. This is an action-adventure stealth video game that was developed by Arkane Studios and published by Bethesda Softworks.

The player needs to explore the new city in Karnaca. The player can choose from two characters Emily Kaldwin or Corvo Attano. 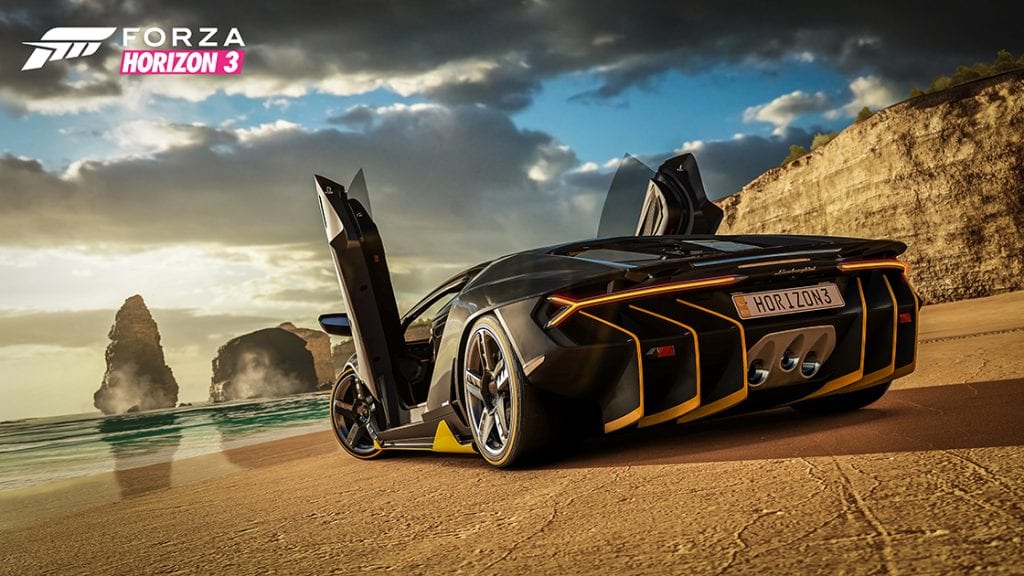 If you are looking for a High-end racing game, Forza Horizon will be the best for you. This is an open-world racing game published by Microsoft Studios.

The game was released in 2016. During the launch, the game has 350 unique cars. However, the additional cars, stages can be downloadable. 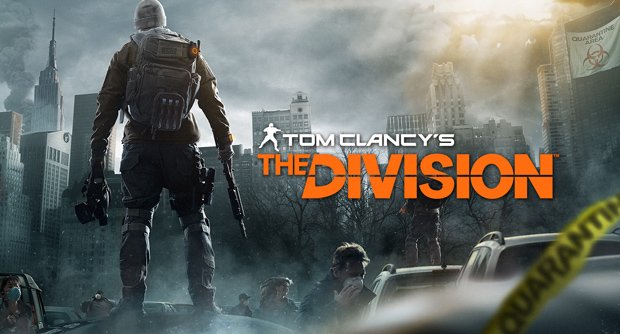 This is an open-world third-person shooter game that is developed and published by Ubisoft. This game is available for Microsoft Windows, Playstation 4, and Xbox One.

This game has quite exciting gameplay and will make your PC sweat because of such high graphics. 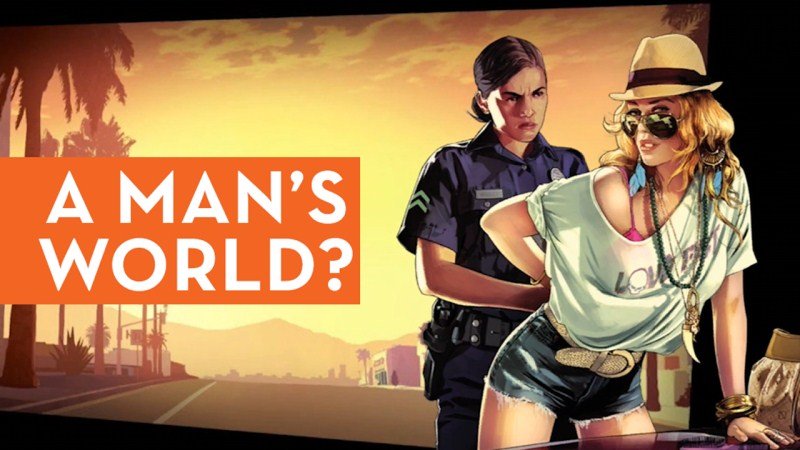 Grand Theft Auto V is an open world action-adventure video game released by Rockstar North and announced by Rockstar Games. The game is played from both a first-person or third-person view.

Players manage the three lead heroes during single-player and switch between them during missions. The story is focused on the heist sequences, and various missions involve shooting and driving gameplay. 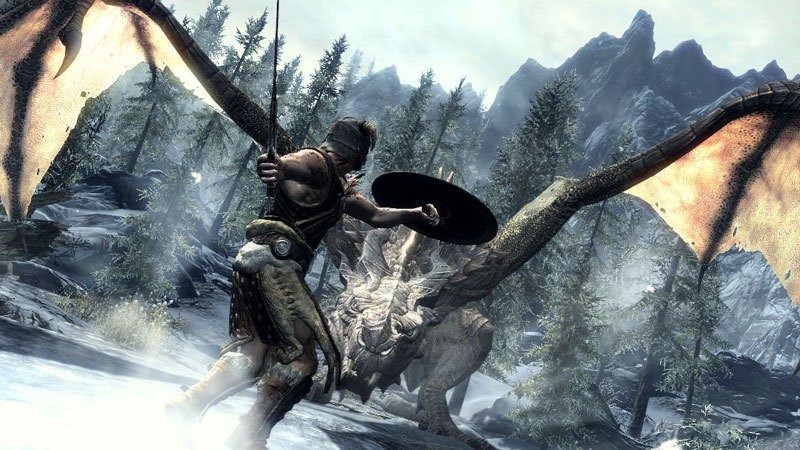 Skyrim’s main story rotates around the player character and their struggle to defeat Alduin the World-Eater, a dragon predicted to destroy the world. The game is set two hundred years after the happenings of Oblivion and takes place in the fictional province of Skyrim.

Throughout the game, the player completes quests and develops the character by improving skills. The Witcher 3: Wild Hunt is an open-world action role-playing video game produced by CD Projekt RED. In this game, a werewolf hunter known as a witcher sets out on a long journey through the Northern Kingdoms.

In the game, players battle against the world’s many threats using swords and magic while communicating with non-player characters and developing side quests and main missions to progress through the story. 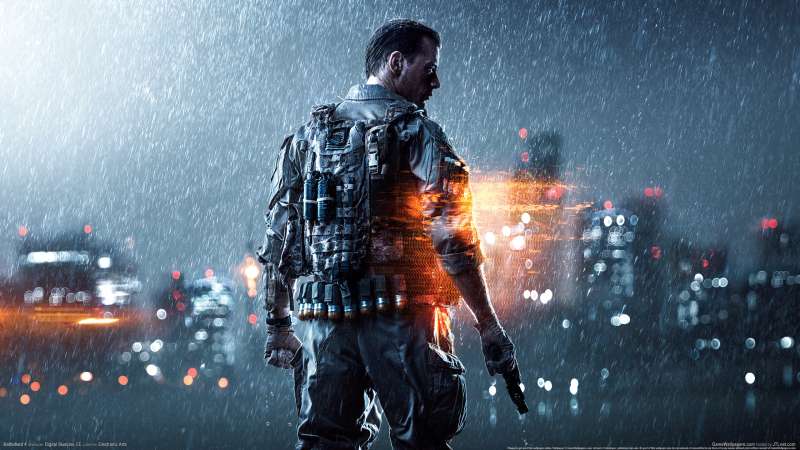 It was known for its multiplayer mode, gameplay, and graphics but was also criticized for its short and shallow single-player campaign mode and various bugs and glitches. Nevertheless, it was a monetary success, selling over 25 million copies. 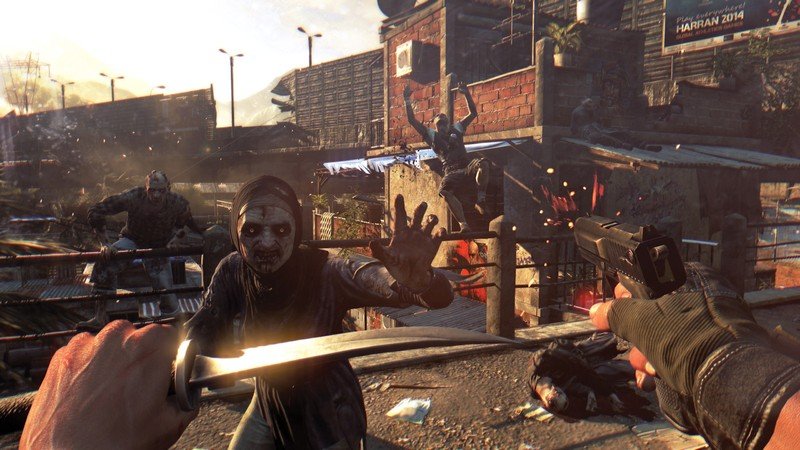 Dying Light is an open-world first-person action-adventure survival horror video game developed by Polish video game developer Techland and published by Warner Bros. The game revolves around a surreptitious agent named Kyle Crane, who is sent to penetrate a quarantine zone in a city called Harran.

It highlights an enemy-infested, open-world city with a dynamic day and night cycle. The day-night cycle changes the game drastically, as enemies become more competitive and more challenging to deal with at night. 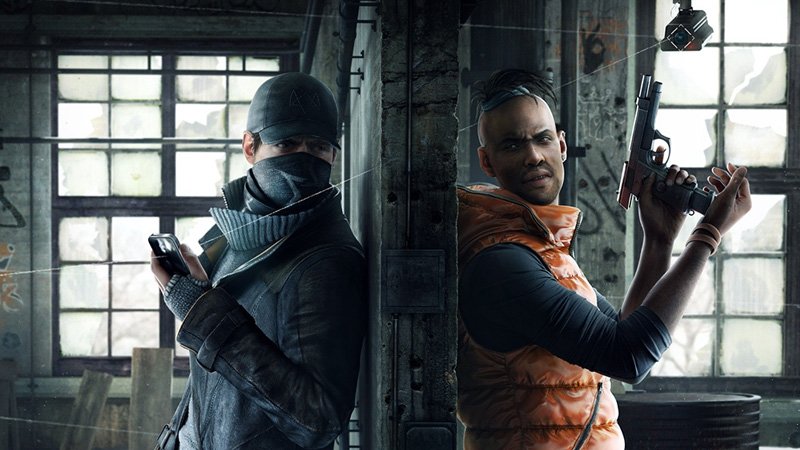 Watch Dogs is an open world action-adventure third-person shooter video game produced by Ubisoft Montreal and announced by Ubisoft. The game is performed from a third-person perspective, and its world is navigated on foot or by vehicle.

Players command Aiden Pearce, an extremely experienced grey hat hacker who can hack into the “ctOS”, a centralized operating system that handles the hyper-connected city of Chicago and developed after the Northeast blackout of 2003 was caused by a hacker. 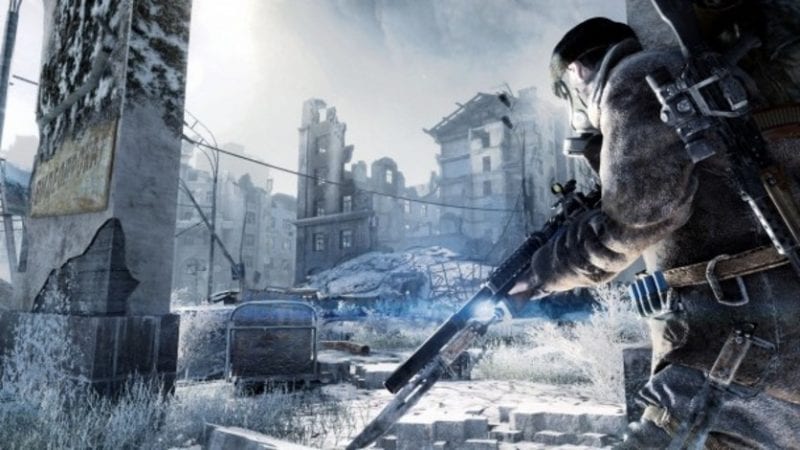 Well, compared to the previous version of the game, it features more impressive graphics. The game features some incredible visuals around with the resolution dialed up to 4K.

So, if you are looking for a shooting game, Metro: Last Light Redux is the best one to have on your computer. 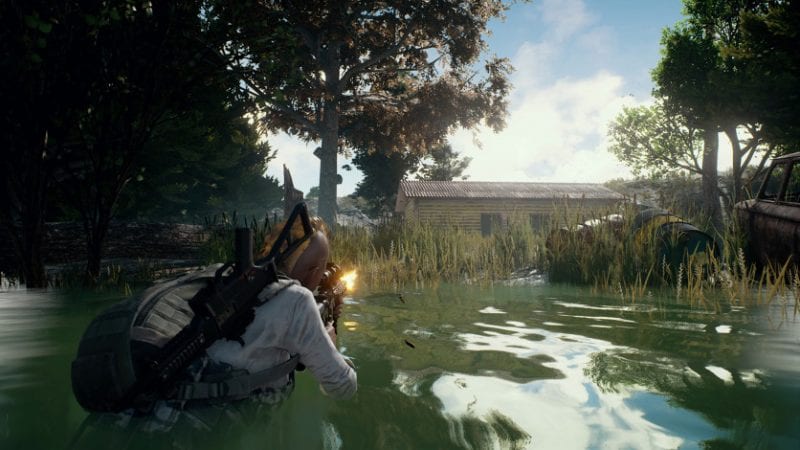 Although the mobile version of PUBG has been banned, the PC version is still live. This requirement for this game is quite high, and it’s developed and published by PUBG Corporation.

In the game, up to one hundred players parachute onto an island and scavenge for weapons and equipment to kill others while avoiding getting killed themselves. 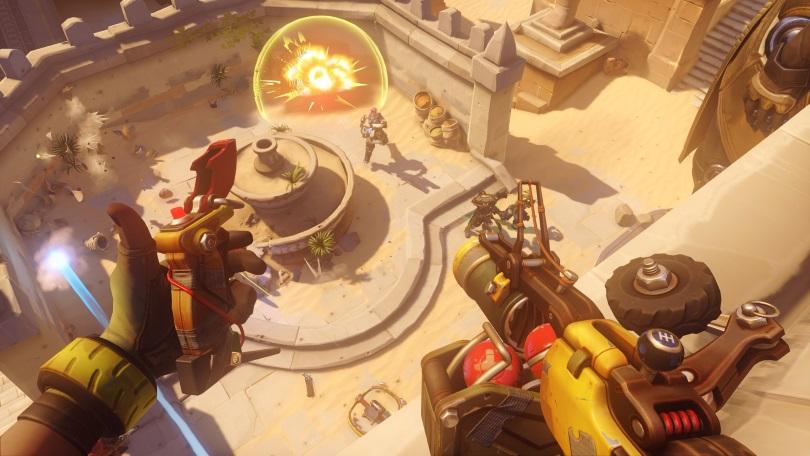 Overwatch is indeed a great game to play. The game was massively popular amongst gamers, and it’s a team-based shooting game for the PC, Playstation 4, and Xbox One.

The game is a perfect combination of cartoonish art style with fluid movement and combat. So, it’s another best High-end Graphics game that you would love to play. 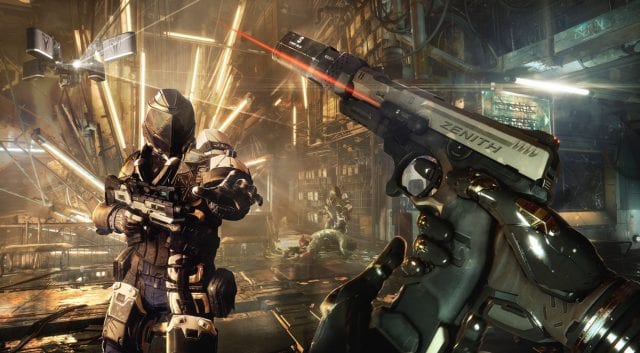 Deus Ex: Mankind Divided is an action-adventure game that is bound to give you an unbelievable experience. The game features some futuristic technologies which were never seen before.

So, these are the best high graphics game that you can play on your PC. I hope this article helped you! Please share it with your friends also. If you have any doubts related to this, let us know in the comment box below.

How to Remove Widgets from Windows 11 Taskbar

How to Remove Widgets from Windows 11 Taskbar