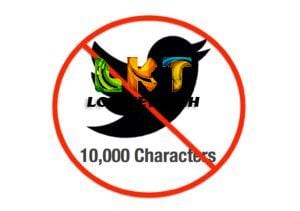 Twitter is arguably the most influential social network website in the world. It has more than 302 million active users, and over 300 million tweets per day.   Remarkably, twitter’s 140 characters have been used for breaking news, promoting a brand, mobilizing people for a cause and as a platform for freedom of expression. In light of this, imagine the uproar when Jack Dorsey, the CEO of Twitter hinted recently that the 140 characters limit could end. According to reports, it will be increased to 10,000.

The internet space cannot be controlled by anyone. Twitter users have adequately taken advantage of this to mobilize people against the government of Hosni Mubarak in Egypt; used it for social media campaigns while organizations and governments have adopted it to monitor conversations on various trending topics.

Easy to read and understand

The reading culture has declined in Nigeria. Very few people want to read lengthy articles in the world of online media. A tweet with 140 characters is easy to read and understand unlike the 10,000 characters twitter is planning to introduce.

Verbosity and twitter are enemies. You only have 140 characters to express your thoughts and ideas, unlike other social networks. This, in no small way, helps the individual’s creativity and writing skills.

They may lose their users 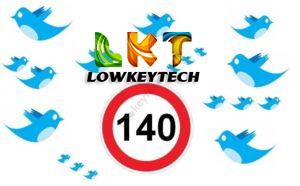