Alcatel Pixi 4 Specs, Features & Prices in Nigeria. Buy it from our stores on Jumia and Konga at the best affordable price in the Nigerian market.

The Alcatel Pixi 4 Specs (5 inch) comes powered by 1GHz MediaTek MTK6735M processor and it comes with 1GB of RAM. The phone packs 8GB of internal storage that can be expanded up to 32GB via a microSD card. As far as the cameras are concerned, the Alcatel Pixi 4 (5) packs a 8-megapixel primary camera on the rear and a 5-megapixel front shooter for selfies.

The Alcatel Pixi 4 (5 inch) is a dual SIM (GSM and GSM) smartphone that accepts Micro-SIM and Micro-SIM. Connectivity options include Wi-Fi, GPS, Headphones, FM, 3G and 4G (with support for Band 40 used by some LTE networks in India). Sensors on the phone include Proximity sensor and Accelerometer. 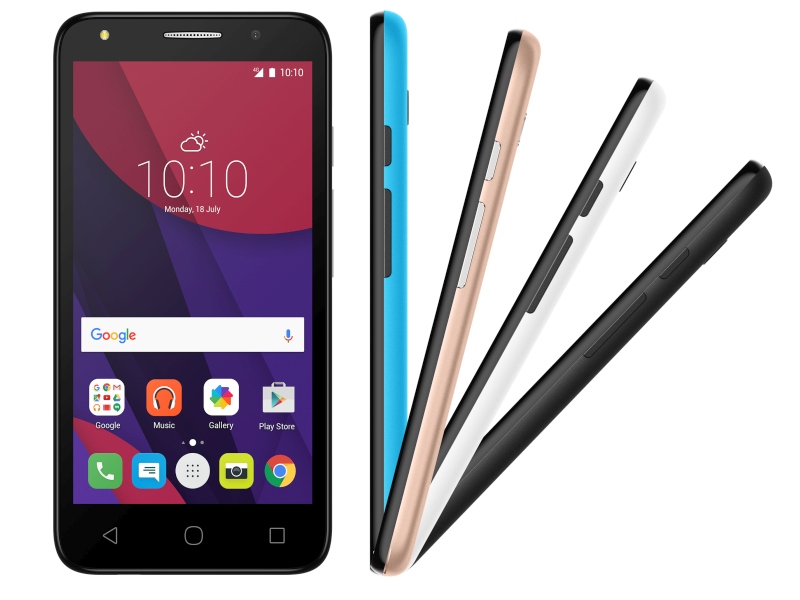 Alcatel was established in established in 2004 as a joint venture between Alcatel-Lucent of France and TCL Communication of China. The company is the manufacturer of the One Touch mobile and tablet series. Alcatel OneTouch is an international mobile technology brand which designs, develops, and markets globally a growing range of mobile and internet devices. The company is known for its OneTouch range of Android smartphones.

This is probably the Samsung Galaxy S8

This is probably the Samsung Galaxy S8