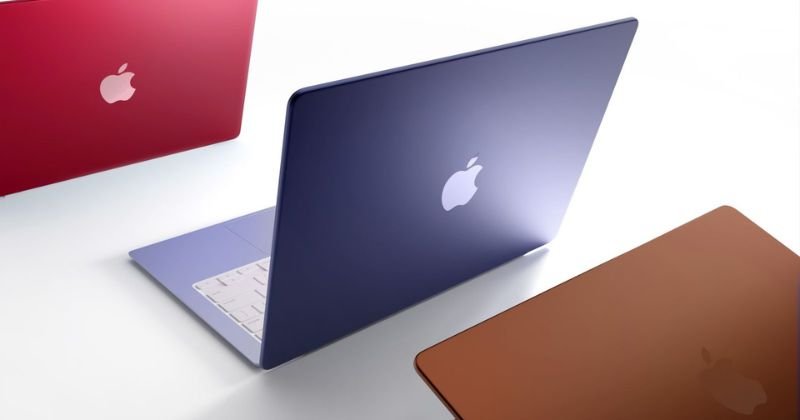 Apple is hosting a WWDC 2022 Event today, where the company is expected to announce iPhone, iOS, new MacBooks, and more. The event will be livestreaming on the official website, YouTube channel, Apple Developer app, and your Apple TV app.

According to the reports, Apple is expected to announce new MacBook Air, but there won’t be a new color option. It will continue to offer Silver, Space Gray, and Gold colors.

Earlier, there were reports that the company will bring multiple new color options similar to 24-inch iMac.

The analyst Ming-Chi Kuo and Mark Gurman from Bloomberg say the new MacBook Air 2022 would come with three standard color options only.

Also, Gurman suggests that Apple might delay the launch of the MacBook 13 Pro and will not announce it at the WWDC event.

Mark Gurman posted on Twitter claiming the new MacBook Air comes in multiple color options is probably exaggerated and not true. However, he noted that there might be a fresh Gold color shade. Also, there may be a new Dark Blue color similar to iMac 2021.

An agreement of Kuo with Gurman claims that MacBook Air 2022 will come with one new color option instead of carrying the iMac’s rainbow-style shades.

However, any other specific details for MacBook Air are not yet provided. Rumors suggest that the device might have off-white bezels and an off-white keyboard similar to the 24-inch iMac design.

The analyst says Apple could ship six to seven million units of the new MacBook Air in the second half of 2022. However, this depends on Quanta’s Shanghai capacity.

Ming-Chi Kuo says the delivery of MacBook Air can be better than MacBook Pro models. It is expected to be produced by Quanta and Foxconn.

On talking about design, the new MacBook Air would come with MagSafe charging, Touch ID support, and a pair of USB Type-C ports.