Let’s welcome the Google Pixel 3 and Google Pixel 3 XL – Google’s flagship smartphones, and the first in the family to come with support for wireless charging.

The Pixel 3 will challenge the best phones on the market with Google’s greatest weapon: artificial intelligence.

Finally, the tech giant Google officially announced its new flagship and most awaited smartphones, of course, I am talking about the all-new Google Pixel 3 and Google Pixel 3 XL that are now entering the world of artificial intelligence, come to help the user even more.

Pixel 3 comes with upgrades including edge-to-edge screens that offer more display space without increasing the size of the handset. The 5.5-inch Pixel 3 will sell from $799 and the 6.3-inch Pixel 3 XL from $899.

At the level of photography where the tech giant Google wants to continue to make a difference and the comparison with the competition is inevitable. Some examples of photos have been shown and this, with the iPhone Xs, demonstrates well the power of new Pixel devices. 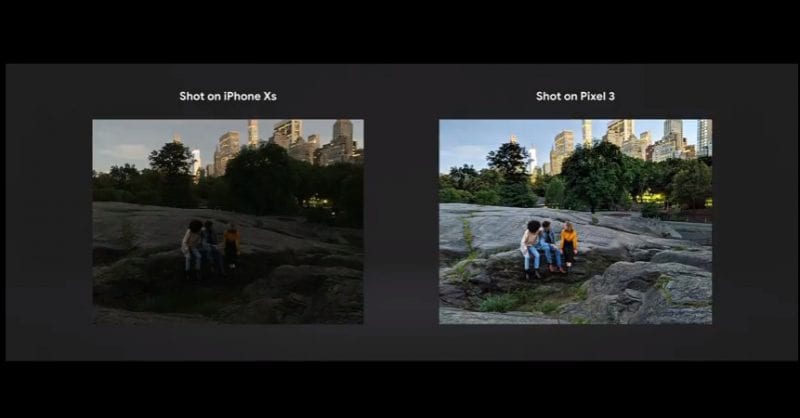 Interestingly, the tech giant Google did not bet on the rear double cameras. The new models bring only a 12.2 MP sensor, the results of which are guaranteed to be incredible. At the front is that the brand opted for the double camera, with a wide angle to capture more people and with a sensor directed to the selfies with blurred effect.

Artificial intelligence is the key factor of these cameras with a novelty at the level of capture and choice of the perfect shot: the Top Shot. This, in fact, is something that we have already seen several tools to do.

Moreover, both the devices have front speakers for stereo sound reproduction, perhaps the best the market will offer in the near future, they have Bluetooth 5.0 and of course, they bring the new Titan M security chip.

The all-new flagship smartphones of the tech giant Google, of course, Pixel 3 and Pixel 3 XL will be available from October 18 for a number of countries, including France, Italy, Germany, and UK.

So, what do you think about these all-new flagship smartphones of the tech giant Google, of course, I am talking about the Pixel 3 and Pixel 3 XL? Simply share all your views and thoughts in the comment section below