HDD Vs SSD – Comparison And Which Is Best To Buy

HDD Vs SSD: Comparison And Which Is Best To Buy- Now we are faced with many combinations and storage options: from a laptop with a solid state drive (SSD) to a desktop computer with a standard hard drive (HDD), including a combination of both: an SSD used as a primary disk where the operating system would go, and an HDD as a secondary disk for everything else.

How to choose the storage type HDD or SSD? What type of storage suits you best? We will solve these doubts explaining the differences between the two and we will guide you to help you choose between them.

What is a hard drive (HDD) and a solid state drive (SSD)? 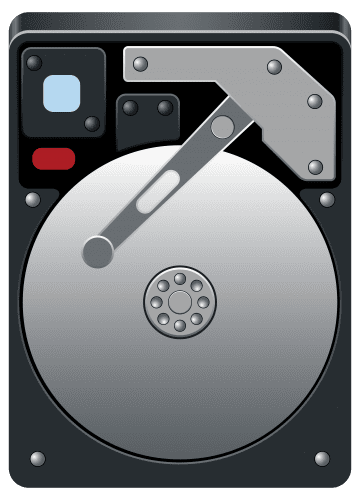 The HDD (Hard Drive Disk) is the piece of hardware used to store the data of a computer. A hard disk is a metal plate that uses a magnetic recording system to store all kinds of files, from a Word document to a multi-million dollar project on new virtual reality glasses.

By writing to several rotating discs the information is recorded and the thinner the discs, the better the recording will be. For this reason, disks of the same size can have different storage capacities. These units have been evolving since their creation in 1960, normally doubling their capacity every year and a half.

The units that normally use HDD or hard drives are desktop or desktop computers, laptops, and business servers. 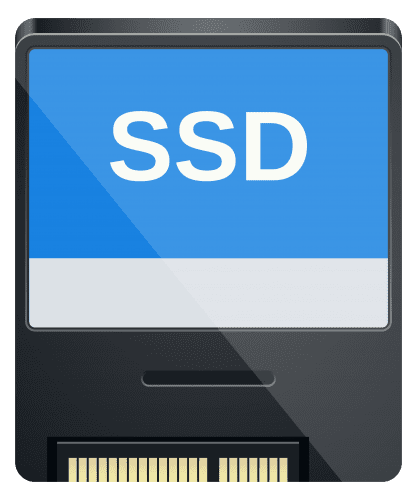 While a solid-state drive or SSD works the same as a hard drive with a difference, the files are stored in flash chips interconnected with each other.

These chips can be included in the device’s motherboard (as in some small laptops), in a PCIe card or in a box similar to a lifelong hard drive. One of the characteristics of these chips is that they are able to retain the data even when there is no energy running through the system.

Laptops, tablets, and smartphones are the devices that are most used, by default, SSD. We must not forget that some devices such as photo cameras also use this type of storage to give a longer response time and store more images in external storage systems such as SD cards.

Advantages And Disadvantages Of HDD And SSD

Before analyzing what are the differences between these storage systems we have to establish a base: the HDD and SDD have the same function, store your files. There are different characteristics and uses for which it will be more beneficial to use one or the other, that is what we are going to explain right now in this article.

One of the key factors when choosing which storage system to choose is the budget that we have, after all, money is the only thing that will limit our options.

HDD: For the efficiency and productivity when making hard drives, they are much cheaper for what they can offer.

SSD: Due to their “early” creation and the components that form them, they are usually much more expensive than HDD.

For you to see it in a more practical way, a hard drive of 1 TB costs less than $50 and an SSD of the same capacity costs more than $200.

The second factor that determines which system to choose is how much data storage capacity our storage devices can cover. Nowadays the archives are getting bigger and bigger, at the same time that it is necessary to access the files in a faster and more efficient way.

HDD: Today we can find hard drives of up to 8 TB, a real brutality for a personal computer, even today.

SSD: For now, we can find solid state drives of up to 4TB.

Although it seems that hard drives earn more than this, once again we will have to look at the price of each unit.

The speed at which accessing, moving, modifying and deleting files is essential for daily use, both from the perspective of the user and a professional. Therefore, it is another variable to consider.

Here there is not much to explain: the SSD or solid state drives are superior in both speed and performance as compare to the hard drives, in basic words a computer that has an SSD will simply work faster.

A computer that has the operating system installed on an HDD may take much longer. With an SSD, absolutely everything will have a greater performance, so if you want to have a fast computer then you have to choose an SSD without any doubt.

How much your computer is going to move is a question that must also be asked by the user. Each storage system is constructed differently and will be more prone to breakage or damage.

HDD: A hard drive is built by different mobile parts that are more susceptible to being damaged in any type of movement, so you have to be very careful when transporting them. In addition, the moving parts end up wearing out.

SSD: Solid state drives have no moving parts, and therefore, your files are less likely to be lost due to damage to the components in the event of a fall. It must be emphasized that each cell of a flash memory bank of the unit can be written and erased a limited number of times, but there are different tools to monitor and optimize that process in order to extend the end of the unit’s useful life.

The fragmentation is the process by which (the word itself says) files are broken and dispersed by a storage unit. Only hard drives suffer from this feature

HDD: Due to its rotating recording surfaces, hard disk surfaces work better with larger files recorded on solid blocks. When these blocks are filled with, the files tend to be divided by the free spaces of the HDD, which impairs the speed of reading and writing data. Although it is true that the reading and writing of files has improved and therefore the effect has been minimized, and hard drives are still prone to fragment.

SSD: Due to its construction, the solid state units do not have that problem, since there is no physical location of the files in the unit and no physical reading head. For this reason, SSDs are much faster than HDD.

Size of the unit

Another factor to consider when choosing a storage system is the unit’s own size. There are some obvious physical limitations depending on the device that we are going to choose or mount.

HDD: The hard drives depend on the rotating plates, and therefore, limit the size of the unit. On the one hand, we have the sizes oriented desktop computers and laptops: 1.8-inch, 2.5-inch, and 3.5-inch on the other, we have those that have been used for smaller units such as smartphones and similar but not common. The main manufacturers of hard drives suspended the development of new products under 1.8-inch due to the fall in the price of SSD.

SSD: They do not have a physical limitation that prevents them from continuing to grow smaller, so they will continue to develop smaller units over time. There are SSD of different sizes that adapt to the device in which they will be mounted.

The noise, although it seems somewhat insignificant when using a computer, is something that depends on the use and the daily hours that will be used can make the difference between choosing a storage system or another. A music producer who does not have the means to record in a room outside the computer needs a device as quiet as possible so that it does not harm the sound.

HDD: Even the quietest hard disk will emit some kind of noise when the computer is in operation, there are many parts on the disk that can emit noise. This type of noise can be aggravated if the system has suffered some type of damage, has been installed incorrectly or some part of the disc is worn. The fastest hard drives will emit more noise.

SSD: The SSD, lacking mechanical parts, hence, it simply do not make any kind of noise.

At this point, you should be able to find out what storage system you should use, but for those who still have some questions, we make a brief summary adjusting the needs in different profiles.

Buy An HDD hard drive if

You will be interested in acquiring a hard drive if you are among these users:-

Tight budget: Hard drives are cheaper than SSDs. For those who have to sacrifice space or speed due to a lack of money, hard drives are the best option.

Average user: A user who uses his/her computer for the most basic tasks such as office automation, browsing the internet, listening to music stored locally on the computer, etc. It will be convenient to have an HDD since you can allocate that money to acquire other benefits.

Multimedia download servers: Hard drives have a much higher capacity than SSD and is the obvious choice if you want more space.

You will be interested in acquiring a solid state unit if you are among these groups:-

Audio engineers and music producers: As we have said before, the less noise contaminates the rooms, the better. Therefore, using an SSD is the appropriate option.

Wanderers: If you are someone who uses laptops or is prone to move your device, you will need an SSD. As we do not want the files to be lost at the first bump.

You need a fast computer: SSDs are superior in performance and speed to hard drives, so you’ll want one of these. What do you think about this? Simply share all your views and thoughts in the comment section below.

How To Fix A Bad SD Card And Restore Your Data

How To Fix A Bad SD Card And Restore Your Data