iTel has just announced the successor of the iTel P33 in the form of the iTel P36 moniker. As you can see, they skipped both the iTel P34 and the iTel P35 and we can’t really tell the reason behind this. Itel P36 features a 6.5-inch display and dual rear camera.

Even almighty Samsung skip the Galaxy S11 and jump to Galaxy S20 so its not a new thing in the smartphone world. Well, another thing you need to know is that the iTel P36 is the African version of the iTel Vision 1 that many people have been searching for. 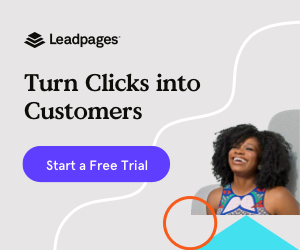 So if you want to buy the iTel Vision 1, you should grab the iTel P36 because its the country version of the Vision 1.

The iTel P36 comes with lots of upgrades, especially on the body. The smartphone wisely comes with a nice body design that makes use of an attractive waterdrop notch and a rear camera matrix.

The phone is built with plastic material even on the frame which is not that bad. It has a smooth panel housing the cameras, an LED flash and you will also get a fingerprint reader on the usual spot.

The curved edges and the small bezels on the top and bottom of the screen give this device a nice finish touch. Itel P36 offers a large screen size of 6.5-inches with an IPS LCD display and a resolution of 720 x 1600 pixels.

It packs a 19.5:9 ratio, 277 PPI density, and 82.2% screen-to-body ratio. It also comes with a scratch-resistant glass protecting the screen from scratch and cracks.

On the camera department, iTel fans will get a combo shooter that consists of 8 MP plus an additional 0.3 MP snapper. The camera comes with an LED flash for dark background photos and to light up the way at night.

There are other features such as Panorama, HDR and it can record 480p videos at 30 seconds per frame. The front camera is 8 MP with Face ID which is an upgrade over the iTel P33 that has 5 MP shooters.

The iTel P36 packs a UniSoC Spreadtrum SC7731E chipset processing the device with a Quad-core running at 1.3 GHz speed. It has ARM Mali T820 MP1 GPU for graphics and runs on Android Go Edition based on 9.0 Pie.

The inbuilt storage on the device is 16GB coupled with 1GB RAM and you can still expand the storage up to 32GB using a micro SDcard.

Instead of the 4000 mAh on the P33, users who buy the Itel P36 will be getting a massive 5000 mAh battery on the inside. This is a 100 mAh upgrade and the battery promise to last for days when fully charged.

The only problem here is that it does not have fast charging technology. However, with the Micro USB 2.0 inside the box, it won’t take that much time to reach 100 percent.

There are dual SIMs on the phone but it lacks 4G LTE instead you will get the regular 2G and 3G network. It has GPS, FM radio. Bluetooth 4.2 and Wifi for wireless connection.

It will be available in multiple colors like Deep Blue, Gradient Purple, and Gradient Blue.

Here are a few specs of the iTel P36:

How To Get macOS Dynamic Desktop Feature on Windows 10

How to Always Start Firefox Browser in Private Browsing Mode

How To Get macOS Dynamic Desktop Feature on Windows 10

How to Always Start Firefox Browser in Private Browsing Mode