Samsung May Launch Devices With Bendable And Rollable Screens In 2017

Samsung Electronics Co. is considering introducing two new smartphone models that will feature bendable screens, including a version that folds in half like a cosmetic compact.

The devices using organic light-emitting diodes could be unveiled as soon as early 2017, the people said, asking not to be identified because the matter is private. That would likely give it a head start on new Apple Inc. iPhones. The second Samsung model will have a 5-inch screen when used as a handset, that unfurls into a display that’s as large as 8 inches, similar to a tablet.

“This product could be a game-changer if Samsung successfully comes up with a user interface suitable for bendable screens,” said Lee Seung Woo, an analyst at IBK Securities Co. in Seoul. “Next year is a probable scenario. Their biggest obstacle was related to making transparent plastics and making them durable, which seems resolved by now.” 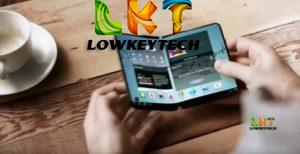 Codenamed “Project Valley,” Samsung could unveil one or both of the devices as soon as February, when Mobile World Congress takes place in Barcelona, one of the people said. That timing would give Samsung a head-start on Apple’s iPhone using OLED screens that may be released later in 2017, the person said.

The company may also name the next version of its Note device as the “Note 7,” skipping a number, to bring it in line with its flagship Galaxy S smartphone range, one of the people said. Samsung doesn’t plan to market the new bendable-screen models under the Galaxy S name.

While the Suwon, South Korea-based company has previously released slick videos featuring foldable concept phones, it has never made such a device commercially. Moxi Group, a Chinese company based in Chongqing, has shown off a bendable phone with black and white screens.

Watch the video below:

You Can Now Unsend, Self Destruct Your Gmail Attachments With Digify

You Can Now Unsend, Self Destruct Your Gmail Attachments With Digify