One of the most requested features of Whatsapp, the support for one single account on multiple devices, is coming soon. The pubic beta early access of the Multi-device feature will start soon on iOS and Android devices.

WABetaInfo posted a tweet that says, Multi-device feature is rolling out soon for testing. The testing will be out with details as it will be a part of the public beta program. This program will offer access to limited users only as it is the beta testing process, not the final rollout. 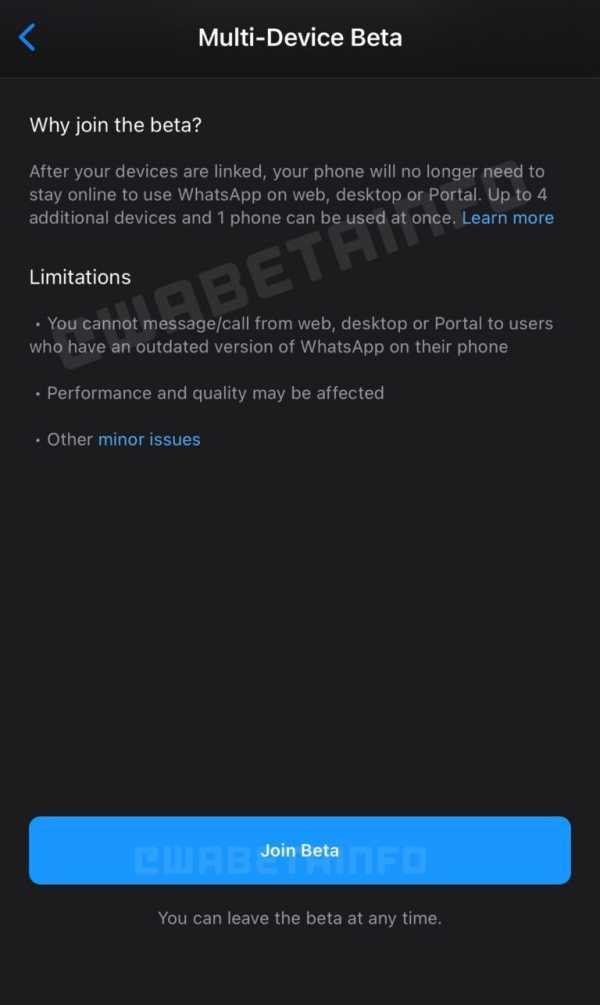 This new Whatsapp feature allows the users to login into multiple devices with the same account. So, just log in to one device and use it on another four devices at once. Earlier, Whatsapp has leaked so many times about Multi-device support, and now it’s finally launching.

Early access to multi-device beta will be available very soon, so you can use WhatsApp Web without an internet connection on the phone.
Be sure to follow me to be notified when you can join, because it might be a limited beta program. I don’t know yet, so be fast 💚🔥 https://t.co/9m0E2mL2fp

The Facebook CEO Mark Zuckerberg and Whatsapp chief Will Cathcart has confirmed this feature for public beta testing coming in a month or two.

According to the reports, the feature will need the latest beta version of Whatsapp on Android or iOS to use it on the beta program. Soon, the company will roll out the first version of public beta, and then they will test the feature before rolling it out officially for all users.

In the tweet, a dialogue box shows that invites users to join the multi-device beta. It says,

“Use WhatsApp on up to 4 additional devices at once without keeping your phone online.”

Multiple screenshots were shared showing the multi-device support in the beta testing phase on Whatsapp Web, desktop, and Facebook Portal.

Apart from this, the CEO has also confirmed other features like View Once, Disappearing mode, and more. From which View Once feature is already rolled out for everyone.

The multi-device feature is not yet released; once the beta testing is out, we will update you.