Let’s admit; everyone loves to play games in their spare time. Although nowadays, users prefer to play games from their phones, it still hasn’t affected the trend of PC gaming. High-end PC games like PUBG and Fortnite has already taken the gaming spree to the next level.

You won’t believe it, but two of the top five YouTube channels with the most subscribers are gaming related. So, it clearly shows that getting paid to play games on YouTube is a fast-growing trend. You just need to record and upload your gaming videos on YouTube. After a few weeks or months, you will get the option to monetize your videos.

However, to upload the gameplay videos, you first need to record it. So, in this article, we are going to talk about a few best tools that let you record your gaming videos. With these tools, you can easily record your computer screen.

This is one of the best screen recording software that can easily record high-quality game recording on your windows. Also, the tool is free to download and has the very simple user interface. By using this cool tool, you can even record in MP4 and FLV formats too in your windows PC. So try out this tool on your PC.

This is the cool game recorder tool that is compatible with all versions of windows. Action! allows streaming and real-time recording of Windows desktop in a superb HD video quality. With Action! you can record and stream your gameplay, web player videos, record music, capture screenshots, remotely access your PC, play PC games with Android devices, and lots more that you will come to know after downloading this tool.

The another best tool to capture out special gameplay in your windows PC. There are different versions of this game that are free and paid too. XSplit Gamecaster lets you easily stream and record your greatest gaming moments at the click of a button. It’s simple, easy to use, and perfect for sharing your gameplay with the world.

This tool allows you to record the game in your windows PC by adjusting the game recording quality according to your wish. Dxtory is a movie capture tool for DirectX and OpenGL Applications. Since data is directly acquired from a surface memory buffer, it is very high-speed and works with a small load.

By using this tool, you can easily capture videos by marking an area to record. Just click Get Window, then move your mouse over the region you’d like to record and it gets highlighted automatically. You can also mark a recording region manually to clip or extend the capture area.

This is a hardware-accelerated screen recording utility for Windows PCs using GeForce GPUs, made by Nvidia Corp as part of its GeForce Experience software. It can be configured to record continuously a time behind, allowing the user to save the video retroactively.

This is a lightweight screen recorder for windows that can capture anything on your PC screen as a high-quality video. Also, it makes it possible to record a certain area on a PC screen or capture a game that uses the DirectX/OpenGL graphic technologies.

Bandicam will help you carry out a game capture with a high compression ratio while keeping the video quality closer to the original work and provides performance far superior to other recording software that provides similar functions.

It is a very fast game recording software for PC. It allows users to record gameplay to the movie without slowing down the game. D3DGear game recording function has a very minimal performance impact on the game, and it may not cause a game to lag or drop much frame rate.

Well, Fraps is a universal Windows application that can be used with games using DirectX or OpenGL graphic technology. Fraps can capture audio and video up to 7680×4800 with custom frame rates from 1 to 120 frames per second! All movies are recorded in outstanding quality.

This is an inbuilt feature that comes with Windows 10 you just need to press Windows Key + G while playing the game and it will eventually open up a game bar. You can manually click on the buttons to start or stop recording.

It is the world’s most recognized and widely used graphics card overclocking utility which gives you full control of your graphics cards. It also provides an incredibly detailed overview of your hardware and comes with some additional features such as customizing fan profiles, benchmarking, and video recording.

Well, gamers will love Smartpixel. Smartpixel will let you record your gameplay and share it directly on YouTube, Google+. This is one of the lightest game recorders you can ever have on your Windows computer.

With Radeon Relive you can capture, stream and share your greatest moments and gaming wins. In Radeon ReLive you can modify settings quickly, conveniently. With this tool, you can not only record and stream videos, but you can also capture highlights and grab screenshots.

This another popular open-source solution for recording gameplay. Not only these, but OBS Studio can also actually broadcast your game streams on platforms like Twitch. This is a powerful program but this software offers too much for anyone who just wants a quick and easy game capture solution. 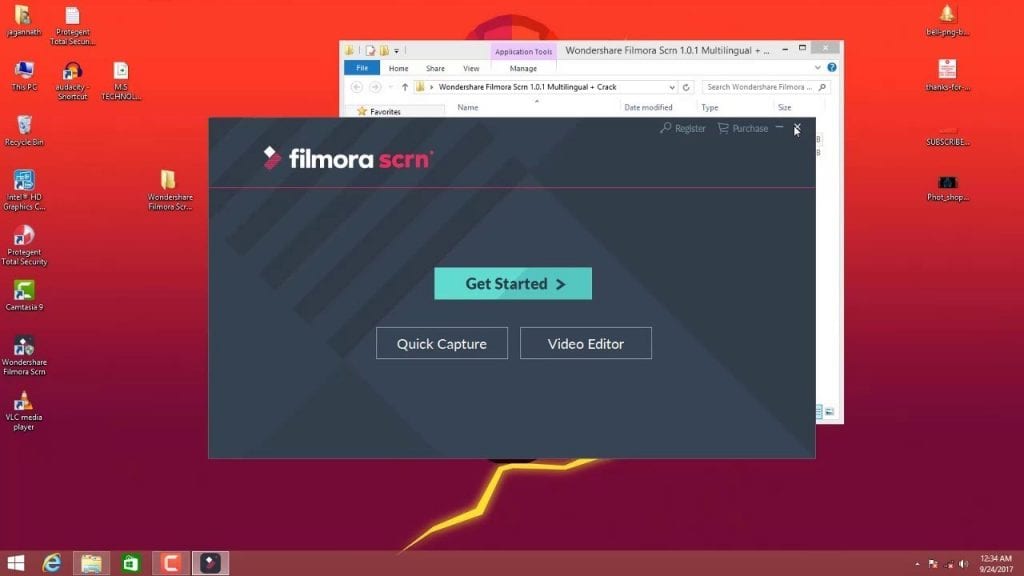 The tool allows you to record the full screen or a specified area of the screen with the system audio, microphone, and webcam at the same time. One of the most prominent recording features is that Filmora Scrn can record high paced games at 120 frames per second, which is very important if you want a great gameplay recording frame.

It is another best software that you can use to record your gameplay. The best thing is that the software doesn’t have any setup process and users just need to tell the program to start recording and it handles the rest of the part for you. The software also houses a built-in video editor which can do some basic editing stuff.

Well, Ezvid is another free tool that you can use to record gaming videos. The app is free to use but it only allows users to record up to 45 minutes of gameplay. So, if you want to record a full 2 hours of gameplay, then Ezvid might disappoint you. However, there are no watermarks on the recorded videos and you can also record the audio from the microphone.

It one of the best video recording and streaming platforms which is specially designed to make OBS’s interface for beginners. It’s one of the most used screen recorders for gamers and it provides users lots of tools to record and stream games. So, Streamlabs OBS is definitely the best game recording software that you can use on your computer.

This tool is actually a part of Nvidia drivers and it automatically installs if you have Nvidia GPU. The Nvidia GeForce Experience offers a ShadowPlay feature that provides users with lots of gaming tools like a screen recorder. Not just that, but Shadowplay also uses the GPU to handle the video encoding.

Just like Nvidia GeForce Experience, AMD ReLive is also a part of AMD Drivers. It’s basically a tool which allows users to record gameplay on AMD card. What’s more interesting is its ability to upscale the resolution. That means, if you are playing at 1080p, you can record the gameplay at 4K resolution.

It is another best screencasting and video editing tool available for Windows operating system. The great thing about Screencast-O-Matic is that it also has a built-in screen recorder which can be used to record windows screen. On its free trial version, the screen capture, webcam recording, and audio recording are limited to only 15 minutes.

It is another top-rated and free Windows-based screen recording software on the list which can be used to record gameplay. The most noticeable part of iSpring Free Cam is its user-interface which looks clean and well-organized. Apart from that, iSpring Free provides an option to directly upload the recordings to various video streaming sites like YouTube, Dailymotion, etc.

Can I record the computer screen with these tools?

Yes, you can easily record your computer screen with the tools listed in the article.

Most of the tools listed in the article were free to download and use. But, it might add a watermark on the videos.

Are these tools safe to use?

Yes, these tools were 100% safe to use. However, make sure to download the tools from trusted sources.

So, these are some of the best game recording software that you can use on your Windows 10 PC. If you know any other such software, let us know in the comment box below.

How to Install MIUI 12 ‘Super Wallpaper’ On Any Android

How to Install MIUI 12 ‘Super Wallpaper’ On Any Android