Security has become a major concern in the recent years with hacks happening all across the globe in major communication channels such as twitter and other sites. All the messaging apps need to be secured to an extent that even if they go in wrong hands, the actual user will not have to suffer.Today we spend a good amount of our time communicating with friends and people via apps like whatsapp and facebook messenger, one needs to always check if the app they are going to use is secure or not. You should always be checking things like key encryption and other things like the permission an app asks when you download the app. There are many such interesting apps that exist on the app store and you can know about them here. 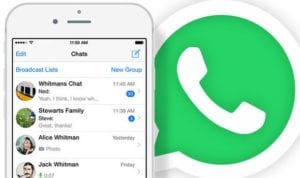 Whatsapp is a free messaging app that is used by millions. It is very lightweight and has hoards of features which make it so appealing among the users of all age groups. It is a great way to be connected with your friends and family. You can create groups and also send multimedia across to people. There is a limit of 30 MB on one video and you can send around 30 photos at once.

Whatsapp also lets you do free calls and free video calls. There are features like read receipt that let you know if your message has been read by the recipient or not. On the security front, the app has a 128 key end to end key encryption. It means all your messages are encrypted from the moment they leave your phone till the time they reach the recipient phone.

Get the app here. 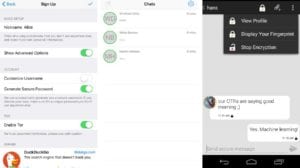 Frozenchat is another app that is focused towards giving you a very secure experience when messaging anyone via the app. The app uses something called OTR also called off the record messaging done intentionally to keep your conversations safe. Imagine it as service where anything you type is first encrypted and then it leaves your device. They do everything in their power to keep the text safe.

Since the app is open source that means if you are a developer then you can easily see the code and report the vulnerabilities. It supports the open XMPP standard. All of these features make it an app to have as it doesn’t rely on things like a central server for message transmission. 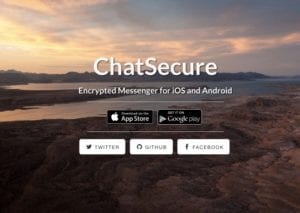 Chatsecure is an app that which is free and a very secure app that can be used for communication. The symbol of the app itself is of a lock which goes to show how seriously the developers take the security of the app. It is open source and supports OTR encryption over XMPP. The app uses some really well known cryptographic encryption process.

Taking accessibility to a new level, chatsecure supports more than 20+ languages. For developers who wish to contribute to the app can do so by fiddling with the code which is open source and available on github. The app uses unique cryptographic libraries to keep all your conversations private. 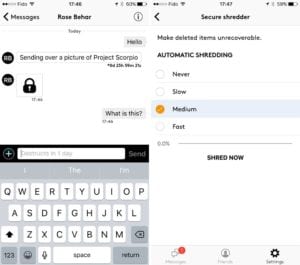 Made by hacker itself, Nico Bell is the woman behind the app, So you can be rest assured that the app will be secure from all ends. When it comes to secured communication, it is important for the app to have end to end encryption and also protection from messages being read by wrong people. Wickr me take everything to a new level.

The servers don’t even store your address book, Messages in this app are self destructive in nature, you just have to set a time and they will die automatically. No one can take any picture or screen record your chat as it blocks the request of any phone trying to take a screenshot or video record the app. It also has no ads making the app a crisp experience.

USP: Self Destructing messages and doesn’t store any personal data

Get the app here 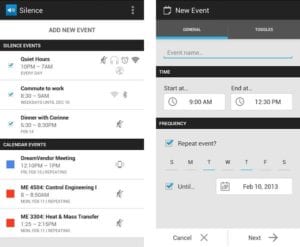 Silence is an app that shall give the added protection when it comes to using services like SMS/MMS. When you use cellular service to access SMS, there is no better app than Silence. It require no signup or any type of subscription. You can use it to send SMS or MMS as all the messages are secured and encrypted. All your conversations remain private.

Every message is end to end encrypted. All of it is done by using highly engineered Axolotl encryption protocol. In worse condition, even if your phone is stolen then no need to worry as all the messages remain encrypted locally. All the source code of the app is open source allowing geeks to authenticate the code. 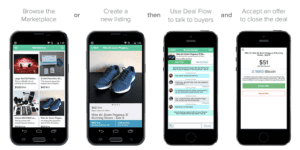 Gliph is one of the best modern apps that support bitcoin payments and is also a messaging app focused towards privacy and security. It can serve the purpose of a marketplace so that you can close the deals faster. Since it supports transactions of bitcoins making it the easiest way to transfer bitcoins. Whenever you delete a message on this app, it gets deleted from both sides of the conversation.

The app takes privacy and security very seriously and so it has got all that takes to make your conversations secure. There is a feature in the app that allows you to make a communication link for the app that can be used by person who doesn’t have the app. You can do group messaging and also there is a desktop version of the app. 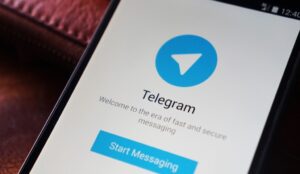 The app has gathered around 100 million users in just 2 years of time. The makers call it an app that is simple, fast, secure and synced across all the devices. The best part of this app that there are no limits to amount of media and messages that you can send to the recipient giving it an edge over all other messaging apps. The app is secure too, all that happens on the app is encrypted using a combination of 256 bit- symmetric AES encryption , 2048-bit RSA encryption and Diffie-hellman secure key exchange.

The app is very reliable to use, whenever you send a message, it makes sure that minimum bits are consumed to send and receive messages. It is a lot of fun to use like there are many fun stickers in the app. You will not see any Ads and the it is completely free to use.

Security is a major concern when it comes to messaging app as it is use by the masses, In today’s world when cyber crime is at rise, there is a demand for those app which can provide a balance between security and safety without compromising on the fun element of the app. In this article we have tried to cover the 7 best secured communication apps to try in 2017. All of them are safe and have the fun element apart from just focusing on privacy and security.  Go ahead and try them out.