How to Test Internet Speed in Windows 11 (5 Best Apps) 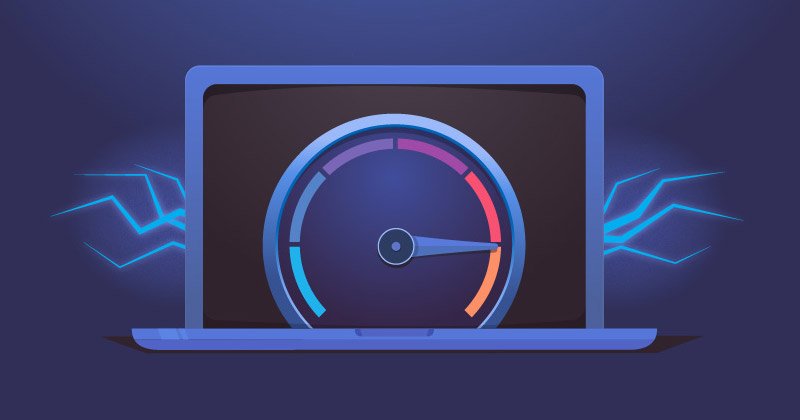 While it’s easy to check internet speed via the speed test websites or the Task Manager, wouldn’t it be easier if we had an option to check the internet speed right from the taskbar or desktop screen? Showing an internet speed meter is possible on Windows, but you need to install third-party applications.

An internet speed meter on the desktop screen or taskbar can help you find if and when your Windows machine is using more internet bandwidth. Not only will it help you manage your internet data effectively, but it will also help you keep track of connection (speed-related) problems in your network.

NetSpeedMonitor is the third-party app that can display the internet speed in your Windows 10 taskbar, but you need to run the installer in compatibility mode.

Once installed, NetSpeedMonitor adds an internet speed meter on your Taskbar, which shows the download & upload speed in real-time. You can also explore the options of NetSpeedMonitor to get a detailed overview of your bandwidth consumption for the day and month. 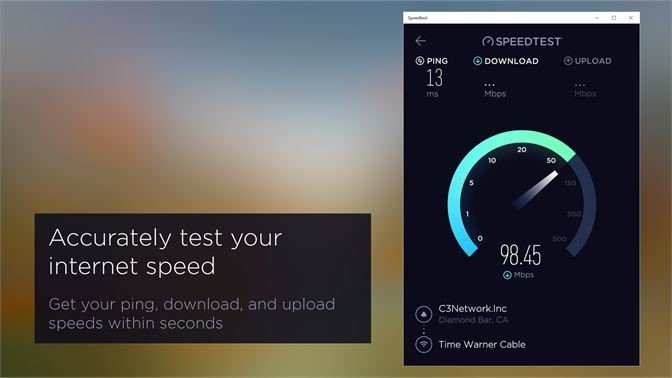 Ookla also has a dedicated Windows app for testing internet speed. The SpeedTest by Ookla desktop app is entirely free to download & use, and it lets you check your internet speeds at the touch of a button. 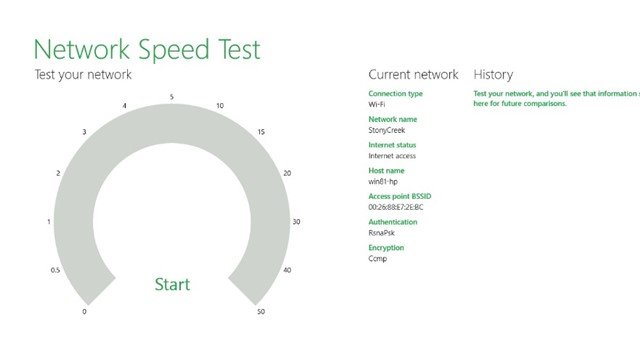 Network Speed Test is a Windows app that lets you check how fast is your internet connection. The program is made by the Microsoft Research team, which measures your network delay, and download & upload speed.

Starting a speed test is also easy; you need to open the app and click on the Start button. Within a few seconds, the app will return with all the relevant information you may need.

Like the Speedtest by Ookla, Network Speed Test also keeps a record of all network speed test results, allowing you to check how much your ISP’s performance changed over time. 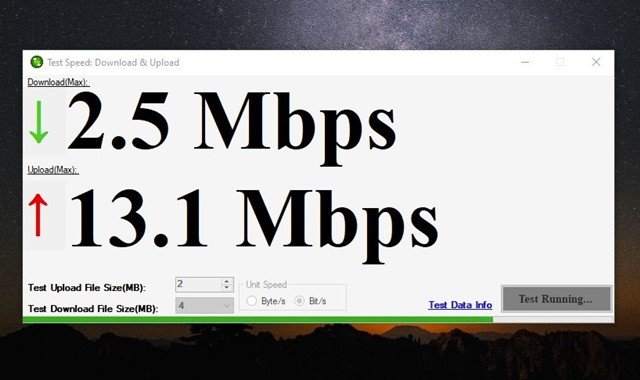 Net Speed Meter may not be a smart option, but it does its job well. It’s an internet speed meter app that shows you the download & upload speed of your internet connection in real-time.

The great thing about Net Speed Meter is that it’s fully compatible with Windows 11 and can add an internet speed meter right on the Taskbar. This means you no longer need to open the app to check the internet speed, as it feeds the download & upload speed right on your Taskbar.

After analyzing your internet speed & latency, Net Speed Meter also shows you what activities you might be able to do, such as stream music/videos, make video calls, etc. 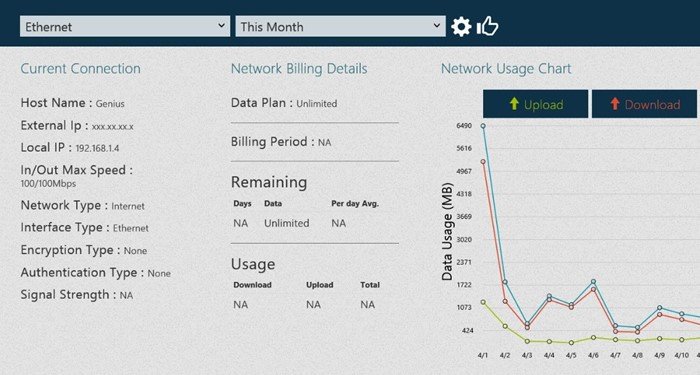 Data Usage is a data monitoring app for Windows, but it can even perform a network speed test. The app automatically creates a profile for every network you connect with. After creating a network profile, it tracks the data usage and provides the information in a pie chart.

If we talk about the speed test, Data Usage can perform a network speed test to show you the PING, download & upload speed, latency, ISP details, and more. The app is available on the Microsoft Store, and you can download it free. Regarding compatibility, Data Usage is fully compatible with the latest Windows 11.

Almost all apps we have listed save the speed test result history. So, these are some of the best apps to test internet speed in Windows 10/11. If you know of any other speed test apps for Windows, let us know in the comments.

Samsung Might Cancel Galaxy S22 Fan Edition for This Year

Samsung Might Cancel Galaxy S22 Fan Edition for This Year