Pokemon Go is a free-to-play game, developed by Niantic solely for Android and iOS devices. You may remember the name of this developer from another augmented reality title Ingress. Basically, events and objects in the game have their own location within our physical world.

In order to reach them, you actually need to leave your home or office and travel to a specific place. You look at the world through your phone’s display, a simple viewfinder feed from your camera mixes the reality around you with 3D objects drawn on top. Hence the term “augmented reality”.
In the case of Pokemon Go, the objects are the well-known creatures. You take the role of an up-and-coming Trainer and, as we all know, your first task is to catch as many as you can. Different Pokemon can be found in different geographical areas water-type Pokemon, for example, are found near seas and rivers. This encourages the user to explore different commutes or hike regions in their town, as well as trading between players. 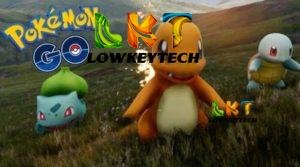 John Hanke has come a long way with Niantic Labs, the creator of the mobile gaming sensation Pokémon Go. That augmented reality game is so hot that it has broken records, shooting to No. 1 in the top downloads and top-grossing mobile games charts in just seven days of launching.

How To Play The Pokemon Go Game

There are three aspects to Pokemon Go – collecting and raising your own Pokemon critters, trading with other players, and a competitive aspect where you pit your Pokemon against other players’ Pokemon.

Walking around all day with the phone up to your eyes, looking for the next Pokemon to catch is a viable option, it certainly isn’t the best one. Don’t worry, though, your phone will vibrate with a notification every time there is a Pokemon near you, so you don’t miss it. Additionally, there will be an official Pokemon Go wrist device in the future, which will pair with players’ smartphones via Bluetooth and make game world interactions easier.

Your first job when you start is to customize your Trainer – your avatar within the game’s world. You can pick gender, hairstyles, clothes, colors, et cetera, to create your unique player in the pokeverse. Afterwards, you are ready to start looking for Pokemon to capture.

When you have a wild Pokemon in your phone’s viewfinder, you need to use the signature red-and-white Pokeball, which you will find at the bottom of your screen. Flick it in the direction of the creature and you will nab it. Of course, some Pokemon are harder to capture than others – this is signified by a colored circle around the creature. Green means easy difficulty, orange means medium difficulty, and red means hard. This doesn’t show a requirement for player skill, however, it merely means that you might need to use one of the harder-to-obtain Great Balls or Ultra Balls, as a simple Pokeball might not work.

Other factors also come in play when capturing a Pokemon  your avatar has its own “Trainer’s level”, which raises with time and with battles, and makes it easier for you to grab the critters. Additionally, one can use in-game objects, such as berries, to lower a tougher Pokemon’s defenses.

The game has various locations that players need to visit. Pokestops, for example, are real world locations you need to reach in order for the game to allow you to restock on items, such as the vital Pokeballs, Potions that heal your Pokemon, Berries, eggs, et cetera.

Gyms are real-world locations, where you can meet with other players for some competitive play. When you reach level 5, you get to pick a team to join (Red, Blue, or Yellow) and can now enter gyms. From there, you can have friendly matches against your team’s Pokemon, or — if the gym is owned by your opponents — attack the Pokemon, which have been deployed there. If you win, the gym’s prestige drops. When that reaches zero, the location will become neutral and you can grab it for your team.

When a gym is yours, you and your team can deploy your own creatures there to protect it and to provide training for your own Pokemon. Friendly training sessions, as well as your creatures successfully defending against attacks, raises the location’s prestige and level, which, in turn, boosts its defenses, making it harder for anyone else to take it from you. Just be sure to never deploy your most powerful Pokemon at a gym — sure, your opponents might not be able to beat it, but your fledgling creatures will also be unable to train against it, as it will defeat them in no time.

Battles are turn-based, where you get to choose whether your Pokemon should defend or use one of its attacks against the opponent. You can only fight creatures that have been assigned to the gym, which means you are battling against AI, not human wits.

To level your Pokemon creatures up, you need to collect and feed them candy. This triggers an “evolution”, which makes your chosen Pokemon bigger, badder, and stronger. Candy is gained as you accomplish tasks within the world, hatch eggs, or capturing wild Pokemon.

Your Trainer can also level up as you win friendly or competitive battles, capture Pokemon, evolve Pokemon, visit Pokestops, and you can use various other items to change your creatures’ stats.

Apple Vs Android: 15 Reasons Why Apple is Better Than Android

Apple Vs Android: 15 Reasons Why Apple is Better Than Android