Sirin Labs, the creator of the ultra pricey Sirin Solarin which is currently the most expensive smart phone in the world, the device hijack the spot from Apple and Blackberry in terms of the security and privacy measure management, Sirin Solarin smart phone is heavily price tag at about ₦5.2 million Naira and is every inch worth its price with its manufacturer boasting a Zimperium “state of the art ” threat protection technology against the most malicious cyber attacks , and also has the worlds most advanced privacy technology.

The smart phone would bring celebrities, government officials and other Very Powerful and Important People flocking to purchase the device, Rich people who have plenty of cash to spare.

The switch in question turns on an enhanced security mode that encrypts messages and limits much of the Android phone’s hardware and software capabilities. You would use this when sharing extremely sensitive information, the kind of heady stuff that Sirin Labs imagines would make Solarin owners a target for hackers.

To that end, the company joined with two other security firms, Zimperium to guard against threats, and Koolspan, which boasts military-grade chip-to-chip encryption with 256-bit AES. Security support waits on 24-hour standby.

Solarin isn’t meant for the mass market, which is probably the only thing saving it from being a complete farce. Its core customers are “international business travelers that spend much of their lives on the move,” Sirin Labs CEO Tal Cohen told CNN. 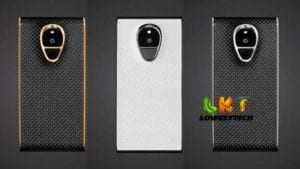 The phone comes in four styles, which become increasingly more expensive depending on the material. For example, the crystal white-carbon variant which has black diamond, black crystal, white carbon and leather.

Phone security is a big deal; nothing highlighted that more than the FBI asking Apple to build a backdoor into its iPhones, Samsung already goes beyond Google’s Android security with its Knox software for Galaxy phones and BlackBerry claims boosted security on the Priv phone. The Blackphone promises even greater security, as does Silent Circle’s GranitePhone.

Specialty devices, especially those cloaked in fancy materials, typically use claims of keeping confidential information secure to justify a slightly higher cost, but this sticker price shoots into the realm of the absurd. And clearly draws on the very real fears of an extremely narrow segment of the population. 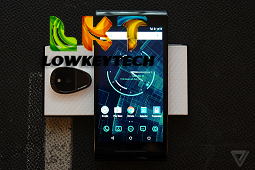 In the design aspect, the Sirin Labs Solarin Smartphone comes in a metal matrix composite chassis that uses titanium panels, and a 5.5-inch 1440×2560 resolution display which is protected by a Corning Gorilla Glass 4 on the curved display and camera lens.

The ultra high-end device is in fact an Android phone. It boasts Android 6.0.1 Marshmallow out-of-the-box but is heavily fortified with a myriad of security features running underneath Google’s Android OS. The entire Phone is powered by Qualcomm’s Snapdragon 810 chip processor

Boasting a 23.8 megapixel rear camera and an 8 megapixel front facing camera . The Sirin Solarin Smartphone comes with 4gb of RAM and 128gb internal memory with expandable memory slot and a whooping 4040 mAh battery . translating to a very long lasting and strong battery life .

Is it worth the cost? The Sirin Solarin Smartphone is a luxury smart phone supposedly for the rich, the security enthusiast, Government agencies, celebrities or the international business class with a great need for top-notch privacy smartphone.

5 Things Nigerians Should Know Before Buying a Power Bank

How To Prevent Your Android Device From Overheating

5 Things Nigerians Should Know Before Buying a Power Bank

How To Prevent Your Android Device From Overheating