5 Reasons Why You Should Upgrade To Windows 10 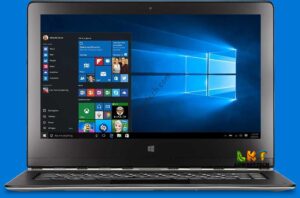 A few days ago Windows 10 was introduced to the world. This operating system for personal computers is produced by Microsoft Inc and the package is an advanced and sophisticated upgrade of the Windows 7 and Windows 8 OS.Even though Windows 10 will rolled be out in batches to users, the anticipation for it is very high. This is because there will be no other version after the Windows 10 aside from regular updates. Experts who reviewed the product have endorsed it. So, Jovago.com shares reasons why users should upgrade to windows 10.

If you have Windows 7 or 8 as your Operating System, you do not need to worry about buying the newer version. For now, it is being released in phases but when it is finally available for everyone, you will be able to upgrade to the new windows 10. However, if you have just bought your system and prefer the cutting edge technology you may want to buy and install the new version.

According to Microsoft, Windows 10 is the final version in the Windows series. With this, users can get automatic updates as long  as they are connected to the internet.

Cortana is the name of the Windows 10 voice command. The command makes it very easy for users to give directives to their personal computers. This feature was formerly restricted to the Windows phone. But, with the current version, you can use cortana on all windows 10 platforms.

The Microsoft edge was developed to give users a much more improved browsing experience. It replaces the Internet Explorer in Windows 10. Microsoft is fast and according to the company’s brand promise, it is faster than Google chrome but users need to test it to verify this point.

If you don’t like windows 10, you can revert to Windows 8. This option was provided to give users more assurances and make Windows 10 flexible to use.

3 ways to update your apps on Android

3 ways to update your apps on Android