A Must See: A Fake Toshiba 500GB Hard Drive With Flash & Iron Buts, Nuts Inside 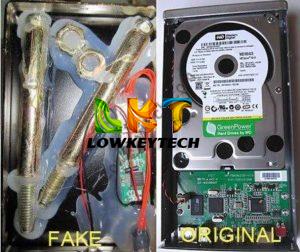 A friend of mine was chatting with me on bbm yesterday, he sent a picture of his new Toshiba 500GB hard drive which he bought for a cheap ridiculous amount from one of the most popular market in Lagos. which I can’t disclose. He was so glad he got the 500GB hard drive for that cheap amount of money and he decided to copy most of his files on his laptop to the 500GB Toshiba hard drive, he copied over 2GB of movie files on the hard drive, and when tried to play them, there was no file to be seen on the hard drive.

He got suspicious and decided to open the hard drive, it turned out to be a fake, he said he found nothing that looks like a hard drive but a USB flash memory drive, a chip that bypasses wires and two sets of heavy nuts and bolts to increase the weight (so that it feels like having appropriate weight when you hold in your hands) which makes the hard drive seems heavy and original. This is just sad.

Below is the picture he sent me: 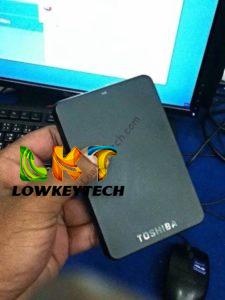 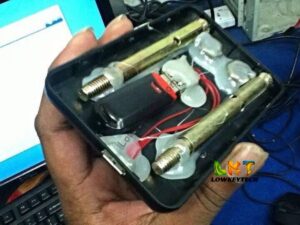 He decided to further research inside the fake hard drive, the flash drive was a 500MB chip which instruct the controller to report a 500 GB capacity and copy files in a loop when it reached past 500 MB. It writes data until it’s out of memory and then it starts from the beginning replacing the previous records. The Added two nuts and buts are for proper weight and reprogram the drive’s firmware to report to the computer OS there are actually 500GB.

This is actually genius and innovative, But why copy the original brand? Also not make their own brand so people can know what they are buying. This is practically the work of the Chinese. They think they can fool buyers, But they actually fooled some.

I hope this my friends experience with fake china hard drive be an eye opener for you.

I would be writing an article on how to spot fake hard drives before buying them. The need to enlighten ourselves is quite very necessary so we won’t fall prey to the hands of greedy sellers.

MTN Zone Trick: How To Call Any Network For 4k/sec

MTN Zone Trick: How To Call Any Network For 4k/sec

3 thoughts on “A Must See: A Fake Toshiba 500GB Hard Drive With Flash & Iron Buts, Nuts Inside”