Step back for a moment and think about how incredible it is that the Tesla Model S P100D is the fastest accelerating car in the world. It’s impressive enough that the Model S is the company’s first mass production car. But what’s more impressive is that it doesn’t even rely on a familiar technology. The electric motor is fundamentally different to the petrol engine, and it’s outperforming it in practically every way possible.

It took car makers more than a century to develop petrol engines to the point where they could propel a car from zero to sixty in under 2.5 seconds. Tesla managed the same feat in under a decade, despite the fact that the company is a startup, has two models you can buy right now, and doesn’t have the capacity to fulfil most of its orders. That should tell you something about the game-changing nature of the electric motor, and that it’s going to make driving a heck of a lot more fun and exhilarating. The Model S is able to accelerate like no other car before it and compared to cars of comparable performance, it’s an order of magnitude cheaper, coming in at around £70,000 for the base version.

This remarkable feat has been made possible by the electric technology itself, a technology that is undoubtedly superior to petrol engines in every way.

Driving an electric car can be an unnerving experience for people who are used to driving petrol cars because they don’t make any noise. Engineers have been working on electric motors for decades, and they’ve discovered ways to reduce their acoustics to such an extent that the only thing you hear from the cockpit of an electric car is the muffled sound of the tyres on the road. Noise level inside a gasoline car can frequently reach 80 decibels, or around twice as loud.

The US Department of Energy says that cars that use “combustible fuel” (i.e. petrol) lose 64.2% of the energy it contains in the form of heat. In other words, 64.2% of the fuel you put in a petrol car does nothing other than warm the engine up. But according to the same agency, electric motors convert more than 90 percent of the chemical energy contained in batteries into forward motion, getting drivers and passengers to where they want to go. Part of this is thanks to smart technologies, like Litz wire, which prevent the loss of electrical energy from the engine.

Little Or No Maintenance Costs 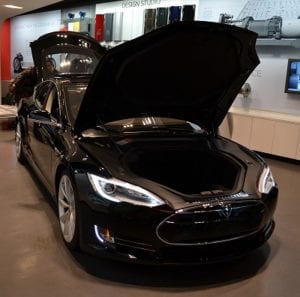 Electric cars don’t require oil changes. Neither do they need their fan belts to be serviced or their air filters to be changed, or their spark plugs to be upgraded. None of this is required because the principles of the electric engine mean that there is no active combustion and very few moving parts. Even the brakes on electric vehicles last longer because, other than in extreme circumstances, electric vehicles are slowed down by reversing the direction of the engine, rather than applying mechanical friction to the brake pads.