Well, if you are using an Android operating system for a while, then you might know that the operating system is always known for its customization options. There are plenty of launcher apps available on the Google Play Store for customization like Nova Launcher, Microsoft Launcher, etc. Out of all those, the Nova Launcher is the most popular one.

So, in this article, we are going to share a few Android launcher apps that don’t cause battery drain unless you are using Live Wallpapers. Also, these launcher apps have battery-saving features to save battery life. Well, Nova Launcher doesn’t have a battery saver, but it offers lots of features to reduce battery consumption. For instance, you can enable the dark mode and disable the animations to enhance the battery life of your smartphone. Also, the launcher app allows users to disable app animations, popup menu, etc. Well, if you are searching for an extremely lightweight and minimalistic launcher app for your Android smartphone to save battery life, then Pixel Launcher might be the best pick for you. Guess what? Pixel Launcher is made to offer you a stock Android experience in the cleanest way possible. So, there’s no bloatware, and it’s filled with productivity apps. So, Pixel Launcher is a must-have for anyone who wants to save Android’s battery life. It’s a lightweight launcher app that comes with battery-saving features. The launcher app for Android actively monitors the apps running in the background. If it finds any unnecessary apps running for a long time, it simply disables the process, leading to better battery life. Apart from that, Power+ Launcher also got a useful feature – Hibernate, which freezes apps temporarily.

Solo Launcher is one of the fastest Android launcher app available on the Google Play Store. The Launcher app is lightweight, and it offers lots of features to optimize your smartphone for better performance. For instance, there’s a task manager, junk cleaner, speed booster, etc. Not only that, but Solo Launcher also offers lots of beautiful themes and wallpapers as well. 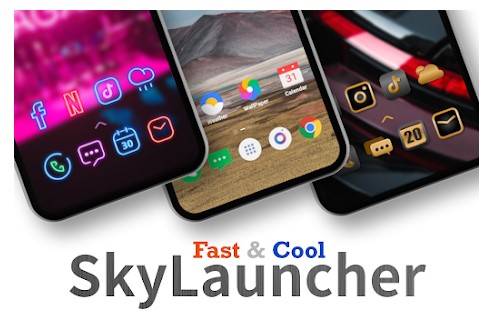 Although not famous, Sky Launcher is still one of the best launcher apps that you can use on Android. The launcher app can reduce battery drain caused by certain apps and resources. From the utility panel, you can monitor your phone’s battery usage, app’s RAM consumption, etc. Apart from that, Sky Launcher has all features that you expect from a launcher app. 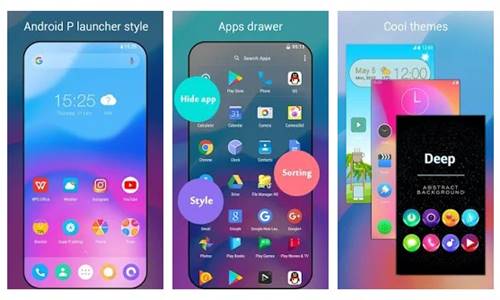 As the name suggests, Super P Launcher is heavily inspired by the Android 9.0 operating system. If you are using an older version of Android, you can use this launcher to enjoy all Android 9 features for free. Besides bringing all Android 9’s visual features, it also brings a wide range of tools like a RAM booster, battery saver, and more. 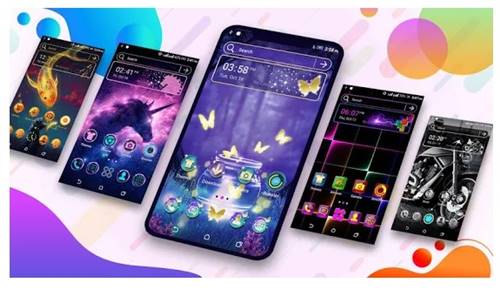 CMM Launcher is one of the top-rated and highly customizable launcher app available on the Play Store. The app brings a wide range of features like 3D effects, transition effects, customizable home screen, Phone booster, etc. It also offers a Battery saver that works by killing unused apps from the background. 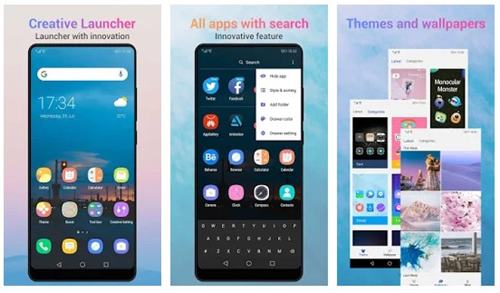 If you are searching for a unique launcher with innovation features, then you need to give Creative Launcher a try. The launcher is creative in its own way. For instance, there’s a mini keyboard placed in the App Drawer, which helps you search for desired apps. It also got gesture supports, custom icon pack support, etc. Apart from that, it also brings a memory booster and a battery saver. 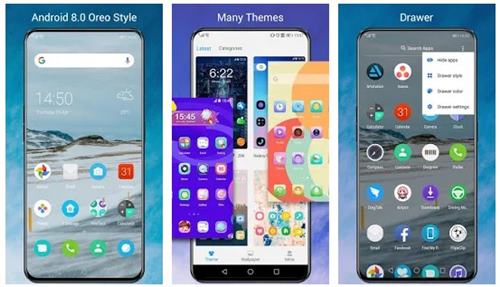 So, these are the best Android launcher apps with battery-saving features. If you know any other launcher app like these, let us know in the comment box below. I hope this article helped you! Share it with your friends also.