How To Make 100 Dollars Per Day With Reddit SEO

How To Make 100 Dollars Per Day With Reddit SEO – Reddit is a massive untapped opportunity for all kinds of internet marketing. The site receives over 40% of its traffic from the US, with that percentage going even higher for some subreddits. That’s out of a total of over 1.6 billion unique visits per month as of last month.

There are hundreds of millions of potential customers in just about any niche you’re operating in.

Even better? Reddit links count as backlinks passing on SEO value once you give at least three upvotes on the post (Reddit’s way of avoiding passing link juice to spammy content).

The best part? It’s all gameable, and with some effort, you can get just about anything significant amounts of traffic, viral marketing opportunities and SEO benefits.

I have used Reddit to link to articles on my site (selling a product) for two reasons. First, it passes on significant SEO value.

More importantly, it provides by *far* the best ROI regarding investment of my time and money of any marketing method I have found so far. Once you have a quality post and give it enough votes early on if your post catches on it can end up reaching tens of millions of people as it moves up the front page.

My record has been 36,000 views on one of my articles, but for the small investment into upvotes and time spent writing a creative title, the ROI on that was well worth it. 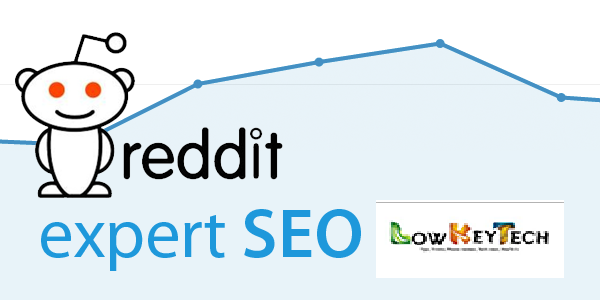 So what’s the method?

While Reddit’s voting system provides an opportunity for you to get exposure for just about any content, anything that’s spammy/irrelevant *will* get downvoted unless you’re willing to spend thousands on upvotes. Put the time into creating good, relevant content for whatever niche you’re targeting that provides real value.

The SEO benefits and the massive traffic you can get by doing this right more than outweigh the time spent creating good content, and that content is right for your sites in the long term as well.

You can do this in many ways. Sites like RedditList.com have lists of the top subreddits by traffic that you can use, or just by browsing Reddit generally. It isn’t always a good idea to go for the higher traffic subreddit, because smaller more targeted subs might like your content more and they’ll be easier to get to the top spot on.

I have very consistently been #1 in subs with around 100k+ subscribers with material that would be difficult to rank on the first page of some larger subs. Choose wisely and try to spend some time getting to know the top posts in that sub and what works there before you post.

For the same reason as the last step, get to know the sub you choose to post in. See what kind of titles work in the subreddit. Generally, on Reddit successful titles tend to be longer, well written in a non-spammy/marketing way, and better if they’re funny or entertaining in some way leaving out some detail that gets people to click.

On this, you should have experience writing titles for your articles anyway, but try a few titles, posts, and subreddits and see what works for you. Once you get the hang of it, it’s a tremendous traffic source.

Reddit’s voting system works in a way whereby the votes you get early on dictate your ranking. What that means is that by getting some extra votes right after posting you’ll push your post to be seen by many more people who will then hopefully upvote themselves and create a snowball effect of more traffic and more upvotes. As I mentioned earlier having many upvotes is also crucial for SEO purposes, because links only count as ******** if they’re upvoted.

The Secret to Crushing Your First Hour:

To get that early vote boost, you have a few options. One, you can create a bunch of accounts yourself and vote for your content.

This risks getting banned unless you’re very careful and use different emails, IPs, etc. for each account.

I use Reddit upvote services that provide votes for around $0.25 each. A lot of these will offer big packages of 500 upvotes or something, but you do *not* need that much if you have good content. Go for something small like 25 votes and see how it works out.
There are many providers of upvotes on this sub, and on Google, you can find like BoostUpvotes, Upvotes Club, etc.

Make sure you buy the votes immediately after posting, so you are taking advantage of the bump while your post is fresh, making Reddit’s algorithm see that your post is favorite early on and leading it to be displayed higher up the ranking.

As an aside, you also want to be posting from an established account. The first few times I posted to Reddit some of my posts would end up shadowbanned, where it looks like the post went up but nobody else can see it because it has been flagged as spam either by Reddit’s algorithm or by a moderator.

You can find places to buy Reddit accounts through Google/searching BHW or create your own and make some activity for them yourself.

Because I’m always creating content for my sites anyway, the extra time for doing this method when I have content that fits well with Reddit is barely anything compared to the results you get.

I buy 25-50 upvotes each time (there are sellers in the Marketplace). You can honestly go with less if you’re posting on a small subreddit and still get great results.

Experiment and see what works. With some content, you don’t even need the bump but it’s an excellent way to ensure the best performance by making sure people ignoring your post early on doesn’t doom it.

Let me know your guys’ marketing tactics with Reddit and any other methods like this that most marketers aren’t taking advantage of. Hope this helps and glad to be on the forum!

How To Transfer Contacts Between Phones Without Gmail Sync

See The Main Difference Between Antivirus And Antimalware

How To Transfer Contacts Between Phones Without Gmail Sync

See The Main Difference Between Antivirus And Antimalware