The Huawei P30 Pro New Edition is the refresh version of the Huawei P 30 Pro that was announced last year. The smartphone features a 6.47-inch OLED display and three rear cameras.

Since the P30 series was announced before the US enforced a ban on the sales of US technology to Huawei, the smartphone comes with Google Play Services. 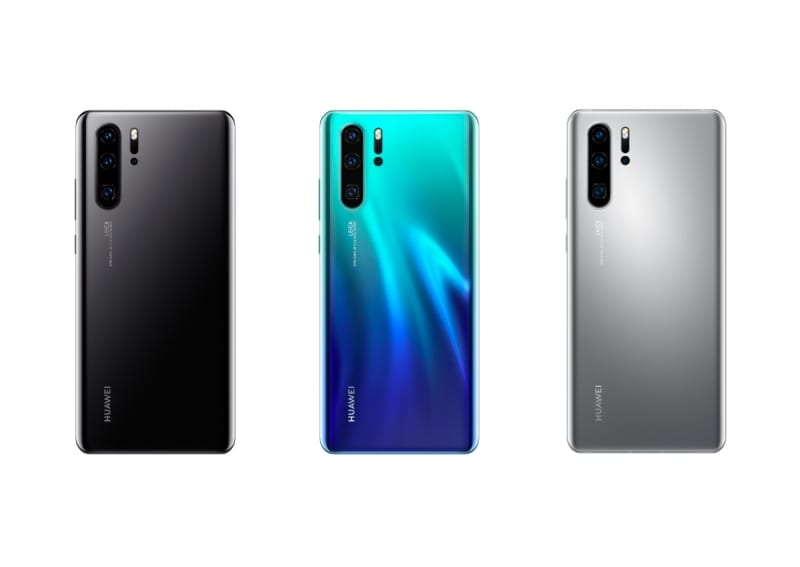 In terms of body design, the Huawei P30 Pro New Edition adopts a similar design with the P30 Pro that was launched last year. However, it comes with a new Silver Frost variant similar to the Huawei P40 Pro.

The smartphone is built with Aluminosilicate glass both on the back and front with an aluminum frame. It also has both dust and water-resistant. The Huawei P30 Pro New Edition measures 158 x 73.4 x 8.4 mm in dimensions and weight 192 grams.

On the front, it has a 6.47-inch curved OLED Full HD+ display, an on-screen fingerprint scanner, and can emit sound through the display. The phone reaches 88.6% screen-to-body ratio and it comes with display protection.

As for the camera set-up, the P30 Pro New Edition packs a quad rear camera of a 40-megapixel main sensor along with a 20-megapixel ultra-wide-angle lens, an 8-megapixel telephoto sensor, and a TOF depth sensor.

The telephone camera has been upgraded to support 10X hybrid zoom instead of 5x on the 2019 version. Other features on the camera include Leica optics, dual-LED dual-tone flash, panorama, HDR and it can shoot 4K video quality. Selfies lovers will get an impressive front camera of 32-megapixel.

Huawei equipped the phone with the same Kirin 980 chipset based on 7nm process technology. It has an octa-core processor clocking at a speed of 2.6 GHz with Mali-G76 MP10 for graphics.

It runs on EMUI 10.1 based on the Android 10 operating system. Just as mentioned above, the device packs Google Play Services. The inbuilt storage is 256GB with 8GB RAM and you can still expand the memory using Nano memory card.

The Huawei P30 Pro New Edition will sell at a price of about 750 EUR and will be available in Silver Frost, Aurora, and Black color variants.

Here are a few specs of the Huawei P30 Pro New Edition:

How To Find The Fastest DNS Server For Your Android

How To Find The Fastest DNS Server For Your Android