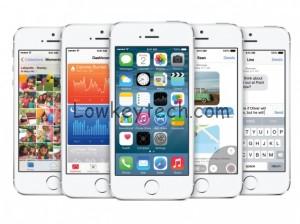 Apple one of the best mobile brand in the world with unique and distinct design is back with a new design of the iPhone series called “iPhone 6”. The much waited proposed date of the iPhone 6 5.5-inch handset was said to launched september 2014, but due to issues arising the launch date has been moved to next year 2015. The iPhone 6 4.7 -inch handset would still be launched later this year.

An analyst has now advised that the iPhone 6 – an enlarged “phablet” would not be sold until next year. We think the 5.5-inch model will also have issues with the yield rate of in-cell touch panel and color unevenness of metal casing. Indeed, these problems will likely be even more complicated with a larger size. In addition, from a technical perspective, we don’t expect sapphire cover, used for the first time on the 5.5-inch model, will easily pass the drop test near term. We are conservative about 5.5-inch iPhone launching by end-2014. Even if the product is launched in 2014.

This basically means there’s no chance of seeing a bigger iPhone before November. Even if we do see it then, there will be fewer phones shipped than previously expected.

Models of the iPhone 6 have been leaking recently, but most of them have been standard 4.7-inch models.

NOTE:  Apple’s ‘phablet’ sized iPhone 6 will not launch until 2015, analysts have claimed. They believe the firm has hit problems manufacturing the handset’s case and screen, and will now only launch a 4.7inch version this year.