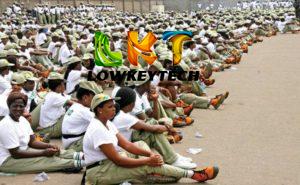 Prospective corps members in batch c stream II will be deployed to some specific states, Nysc effort to ensure adequate mobilisation of qualified candidates of the National Youth Service Corps (NYSC) has approved and restricted the hosting of the Stream II Orientation Course for Batch ‘C’ 2014 to some specific states below.

The scheme indicated that Abia, Federal Capital Territory (FCT), Kwara, Oyo, Rivers, Lagos and Osun states have been approved to host the stream II. In a statement made available to Nigerian Tribune and signed by the scheme’s management, the orientation course is set to commence November 26 and end on December 15, as indicated in the Call-Up Letter of prospective Corp members.
The scheme also maintained that orientation courses in Adamawa, Borno, Gombe and Yobe states will commence the same time as scheduled.

NOTE: Those posted to Adamawa, Borno, Gombe and Yobe, to my understanding, The Federal Government in May 2014 declared State of emergency in those states, Yet Nysc still deployed  corps members there. am yet to understand why?

The statement reads; “In order to ensure that all qualified candidates are mobilised for National Service, the NYSC Management has approved and restricted the hosting of the Stream II Orientation Course for Batch ‘C’ 2014.
“Only the following states will now host the Stream II: Abia, FCT, Kwara, Oyo, Rivers in addition to Lagos and Osun states. All
Prospective corps members deployed to the aforementioned states should please note that their orientation course will commence on Wednesday, November 26 and end on Monday, December 15 as indicated on their Call-Up Letter.