A Must Read: The Faceless Cinema 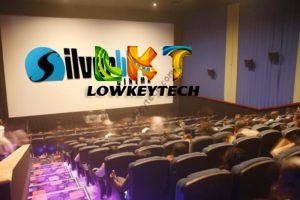 The cinema, most recreational place to be. “I love the movies!” ever wondered how the cinema works? Ever wondered how you get to see those movies on that big screen? Ever wondered why you pay to watch movies you can download? If you have that curious mind, then you win a gate pass to the journey of the faceless cinema.The cinema in Nigeria can be dated far back as the 90’s. In fact, Lagosians were the first to experience motion picture entertainment in Nigeria, at the Glover Memorial Hall (public screening), August 12 to 22 1903, by Herbert Macaulay. One of the earliest cinema operators was the West African Pictures Company owned by Mr. S. Khalil, a foreigner.
There were about 12 cinema houses in Lagos, before the independence, these cinema houses are namely, Rex cinema, Rialto Cinema, Glover Hall, Ikeja Arms cinema, Rex and Odeon cinema, Road House cinema, Capitol cinema, Regal cinema, Corona cinema, kings cinema, Central cinema, Royal cinema. It is of importance to note that foreigners dominated the cinema business as of that time. Many indigenous entrepreneurs found it difficult to invest in the cinema business because they did not know the nitty gritty of the business and also lacked capital.

As a result of more filmmakers producing movies. The rebirth of the cinema in Nigeria gives credence to the fact that the cinema business has a lot of prospects in lucrative ventures. Silverbird Cinemas for example expanded its operations from Lagos to other parts of Nigeria and West Africa sub region as well. Lagos has grown to attain the status of a mega city and as such proves to be a fertile ground for business to thrive, and so creates opportunities for investors and would-be investors to invest in the cinema business in Nigeria. There are majorly three main cinema in Lagos as of today, these are, Silverbird Cinemas, Ozone cinemas and Film house cinema.

Just as foreign movies attempts to dominate the cinemas, Nigerian movies with producers such Tunde kelani, kunle afolayan, e.t.c have made Nigerian movies prominent in the cinemas today. We hear of blockbuster Nollywood films such as Ije, October 1, dazzling mirage, 30 days in Atlanta e.t.c as selling movies in the cinema.
Enough of the history, back to the present, there have been an interesting insight on how the cinema works; this ranges from how the movies are sourced for, how audiences are pulled to issues they face and how they overcome them, concluding with the facts on managing the staffs at a cinema organisation and so much more. Let the journey continue: 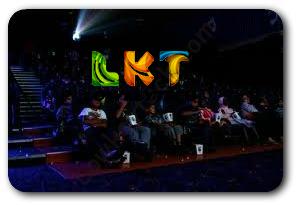 We are certain you wonder how cinemas get movies void of piracy. Piracy is a major challenge to the industry of today, well there are legalised distributors of movies in Nigeria and in West Africa sub region that distribute foreign and Nollywood films to Nigeria cinemas.
From inception to the year 2012, analogue projectors were used in screening movies at the cinema, Silverbird Cinemas in Ikeja were the first to break the invention by adopting digital projector in screening film in the whole of West Africa. This technological invention has helped reduce piracy.

Before recent times, it the train of thoughts for cinemas, was that it was meant for the upper class. The big boys and big girls in town were like the major audience for the cinema, and the ticket price was a bit high on the range.
Silverbird cinemas, started at victorial island with 2,000 naira as the ticket price, but over time had to reduce the price to #1,500 on weekends, #1,000 in week days and also create promo like free popcorn and a bottle of drink alongside. With subsidy for students and kids, larger audience patronized the cinema.
All thanks to the software ticketing process already programmed to help control the crowd at the cinema hall. Buying of tickets has been made easy, as it is made available online, one can get tickets at the comfort of their homes. In a situation, where all the seats are taken in a hall for a particular movie, other people waiting to see same movie, will be allocated a different time to see view the movie. This of course we all know how it works at the cinema. “I’ll see ije at 2.00pm then”

The cinema in itself looks all well planned and organised and seems like the water is moving smoothly, but of course we all know the water has to be troubled at some point. The cinema is also faced with challenges that are sometimes beyond control. Issues such as the film rating by the censor board of Films in Nigeria; in most cases, films are not appropriately rated, in fact we have instances where, some animated films, which are obviously known as attraction to kids are rated for adults. This disrupts the viewership at screening halls. And in some what affects the sales of movies. The basic solution we can see to this would be from the government, and the censor board to function properly. A funny fact about the cinema is that its revenue is not really generated from selling of tickets, but, sales at the concession department. 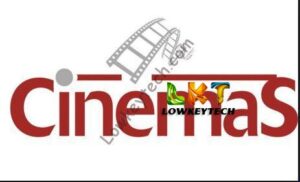 Many at times I wonder why the sales personnel at the box office is so nice, or why the securities can be so polite that I’ll start feeling really important. Of course, I am that important because I’m a customer. They are so caring because they are given incentives as motivations. You can imagine when my health bills are already covered, if I work harder I get extra pay, I get to see movies for free, free meals and on-time paid salary. It would really take a nut to make me cranky. This is really a painstaking action on the management of cinema. But it has to be done to encourage more efficiency from the staffs, this goes a long way in reflecting to customers being attended to by the staffs.

The whole gamut of the cinema is strangely interestingly fun to learn about. We hope this little research has helped in adding to your knowledge.

Will The LG G4 Be Launched During The Jumia Mobile Week Megathon?

Will The LG G4 Be Launched During The Jumia Mobile Week Megathon?

3 thoughts on “A Must Read: The Faceless Cinema”