Microsft is gearing up to launch Windows 11 on June 24 at a special event. However, before the launch, the upcoming Operating system details have been leaked. Earlier, few screenshots were shared on China’s Baidu website, and then the Windows 11 ISO also went live. 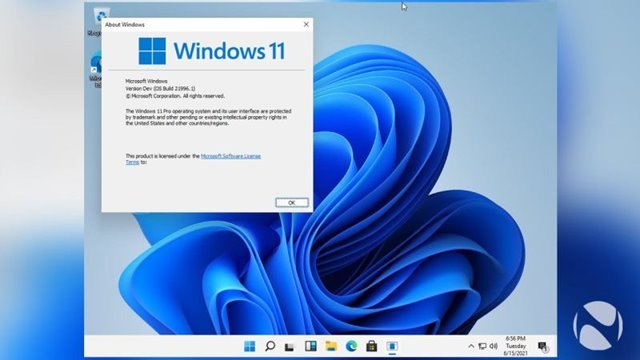 The upcoming OS has a revamped UI, a new start menu, taskbar design, a new Windows logo, and more.

If you are into gaming, then these improvements in HDR will be so helpful. There is an Auto HDR mode, a DirectX feature, which enables HDR capabilities for around 1000 games. These features are already available on Xbox, and the same thing is seen in Windows 11.

Even for non-gamer, Microsoft has added support for HDR to manage apps like Adobe Photoshop.

Microsoft is improving the touch keyboard, clipboard, and emoji picker. The touch keyboard has a new design with many new features. It has in-built emoji, animated GIF search. The menu is rebuilt and made easier to understand with labels and structure.

Now, you can move the text cursor by using the touch keyboard; for that, you need to hold a space bar and move your finger. For voice typing, there is a quick shortcut, and it has got a new modern look. If you want to use it without the touch keyboard, activate it by pressing Windows key + H.

The emoji picker is updated with support for animated GIFs and search features, so you can easily find the emoji/GIF you want.

The visual changes in Windows 11 are not available in Preview, but there are already some. There are new icons in File Explorer. The folders icons have changed, like the colorful icons for the default folders. For example, the downloads folder is in green with a download icon. Even for hard drives, there are new icons.

The settings app now has new capabilities. The storage section has improved, disk management is integrated into the Settings app. It will let you manage the drives that are connected to the PC. Windows will detect the drives, and if it’s at risk, you will get a warning notification so you can replace it.

Other Features of Windows 11

These are some of the changes available right now. Nothing is confirmed officially, so let’s wait. Microsoft might release the first build after June 24, as in that event, the company is going announce the upcoming OS.

How to Enable Google Chat in Gmail for Android & PC

How to Enable Google Chat in Gmail for Android & PC