Do You Really Need To Buy That Smart Phone? The Reality Check 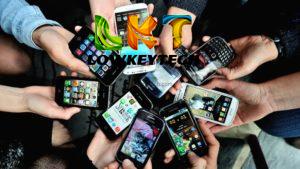 The world is a global village with the ever evolving innovative technology which enables almost every human to own a smart phone, smart phone has come to stay in the lives of humans and has become a major necessity in the day-to-day operation and activities of humans. The Nigerian telephone market has come a long way from the era of “Poor people can’t afford telephones” to the present “everyone deserves to buy a smart phone”. But let’s face reality, do we really need smart phones?

I could still vividly remember when mobile phone first came to Nigeria, practically only the rich could afford to buy mobile phone and a single Sim card was sold about 20 – 40k. Humans were living smart right before the inception of mobile phones but this generation can’t seems to do anything without their smart phone, which has even made some people dull without the use of their smart phone. The question is “Do we really need a smart phone before we can be smart?” Smart phones were invented with the aim of making life easy for humans, and not make life complicated.

Mobile phones is now available for everyone unlike when it first came to Nigeria, it was off the range for most low-income earners, but along came massive mobile phone manufacturers with different label and brands of smart phones and operating systems, Blackberry, iOS, Symbian, Windows phone, and the Android. The introduction of Android, give birth to various affordable smart phones in the android market, where low-income and minimum wage earners are now proud owners of low ‘low-budget’ smart phones.

Actually buying a low-budget phone is not easy as it seems, as many potential smart phone buyers find themselves in a dilemma of which smart phones to buy. I sometimes give eliciting suggestions to fans on which phone to purchase with a particular income range or to help choose between two alternatives.

Factors to consider: Do You Really Need To Buy That Smart Phone? The Reality Check!!

Hope this article has inspired someone and has opened you to set your priorities right!!!!

1 thought on “Do You Really Need To Buy That Smart Phone? The Reality Check”