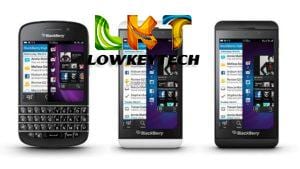 Blackberry made a great comeback in the mobile world introducing the blackberry 10 devices which includes, Q10, Q5, Z3, Z10, and Z30. As we all know that the blackberry 10 device runs an android operating system and it uses data for connectivity, here in Nigeria we have various mobile network providers blackberry 10 plans which are not different from the expensive data bundle plans for both android and pc.

Majority of Blackberry 10 users make use of MTN, Etisalat blackberry 10 plans which is freaking expensive and doesn’t even last a month on their device. You’ll bear me witness that Mtn bb10 data plan is expensive e.g. 1.5GB goes for #3,000 while 500MB goes for #1,500, knowing fully well that 500MB won’t carry you till the end of the month Judging by this, it’s actually expensive. Not to even talk about the expensive Etisalat blackberry 10 package. It’s not everybody that loves Glo network so in this case, you might not want to use Glo blackberry plan; since it’s normal Blackberry plan works on all BB10 and it’s the cheapest so far.

Actually, to my greatest surprise most blackberry 10 users don’t even have a clue about the Glo blackberry complete plan. I recently told a friend about the Glo BBC plan and she was like “are you serious? It’s so cheap and it’s even 3GB of data”.

However, BB10 is a prostitute device that works with ordinary MTN data plan. Meaning with or without Blackberry subscription, normal data will work on it. In short, if you have airtime on your phone, it works on all Blackberry10 devices in terms of browsing the net.
Save yourself of money as well as data.
Kindly spread the word and save someone from the claws of Money driven network providers.

20 thoughts on “Best Data Plan For All Blackberry 10 Devices”