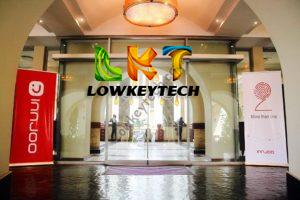 Innjoo officially unveil their new flagship devices, Innjoo 2, Max 2 and Max 2 plus yesterday the 20th November 2015 at the prestigious Protea Hotel Ikeja, Lagos. The event was trilling with guests from various top media houses in the country, Jumia officials, Bloggers and Innjoo fans. 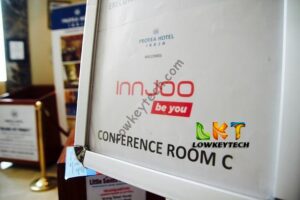 The unveiling of the innjoo phones was held in conference room C at the protea hotel. The environment was indeed full of life and splash of red was everywhere which represented the Innjoo brand. The venue was well arranged with name tags on various seats. The event proper started late due to the everyday Lagos Friday traffic. 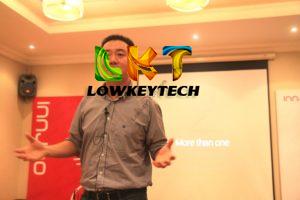 The MD of Innjoo, Mr. Roberts kicked off the event with opening speech, presentations and the unveiling of the new innjoo devices, Innjoo 2, Max 2, Max 2 plus and the InnTV 4.

Below are snapshots of the event: 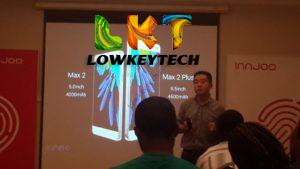 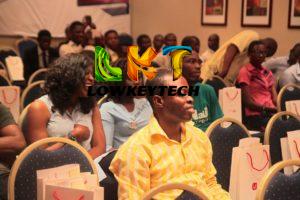 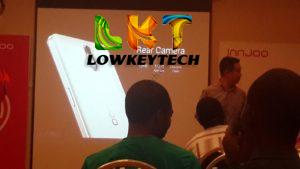 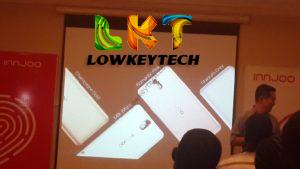 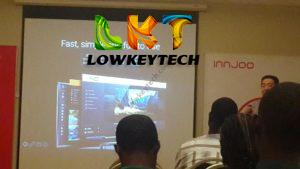 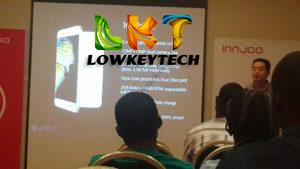 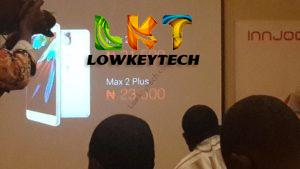 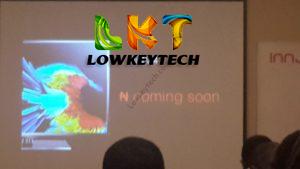 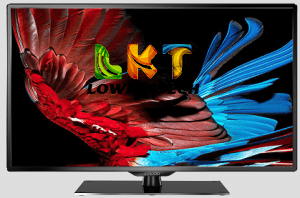 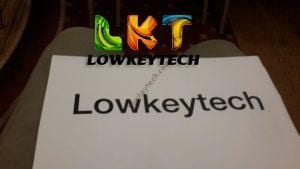 The new innjoo devices were being display for a quick review by everyone at the event, I was really impressed at the innjoo new android devices, Innjoo really stepped up their game. They produced top quality phones with very affordable price tag for the average Nigerian.

Here is my personal verdict on the new Innjoo devices: 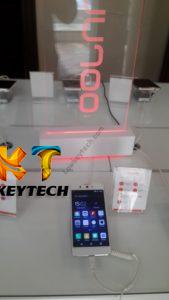 Honestly the innjoo 2 is the best android device innjoo has ever produced for the Nigeria Market. The device specs and features are mind blowing

Just these features got me loving the innjoo 2. 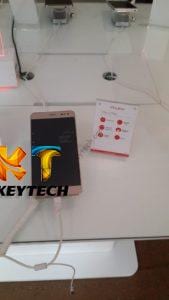 Well, the max 2 plus is just the big brother of the max 2, the only differences is the

To be frank, the device is really cool for those who love using big android devices. To me it’s way too big to fit in my pocket. But the device is a monster when it comes to battery life and display. 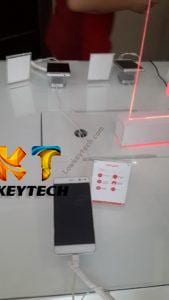 At the sight of the device I fell in love from afar, The max 2 is indeed a device for everyone with cool awesome specs and features and very handy and sleekly.  It’s an average premium device that suits everyone wants and needs.

At the end of the presentation by the Innjoo MD, Mr Roberts, questions and answers were conducted to clear people’s views and doubts about the new devices and also previous innjoo devices. Innjoo gave out three new devices to three lucky winners which names were randomly picked. Food and drinks were served at the end of the event

It was really an awesome event innjoo pulled, am really impressed. Nice one Innjoo. You guys rock.

InnJoo introduces fingerprint technology with new flagship smartphone ‘InnJoo 2’ in Nigeria Brand new smartphones and smart TV have been launched in the ‘2, More than One’ Launch Event held in Lagos, Nigeria – 20 November 2015: Well known by its flagship model ‘InnJoo ONE’ launched early of this year, InnJoo today announced the launch of its second flagship model ‘InnJoo 2’ and two smartphones with big battery Max 2 and Max 2 Plus at a press conference at the Protea Hotel, Lagos.

The flagship model InnJoo 2 is equipped with Fingerprint 2.0 technology which is with the latest module of fingerprint detector and recognition algorithm. With its high speed of 508PPI resolution of finger print, it’s easier and quicker to recognize and record the users’ finger print. Users will benefits from this new technology with its easier photo taking, higher security and the faster phone unlocking time with only 0.46 seconds.

Dual 13MP Cameras, Innovations always InnJoo 2 sports a dual 13-megapixel cameras, the most advanced cameras ever. Both cameras are adopted with Samsung CMOS Sensor, f/2.2 aperture, 88 degrees shooting range, 5P lens, and Blue Glass IR filter, which can produce sharp detailed photos and full HD videos with fullsided zero-delay shutters whenever wherever. What’s more,InnJoo 2 support Live Photos. Selecting the live photo mode, with just a press,
reveal the moments immediately before and after the shot was taken, so you can enjoy a living memory rather than an instant frozen in time. Users also have several modes including continuous capture (up to 40 and 90 pieces), panorama mode and face beauty optimization mode.
“We are dedicated in bringing the new technology to the market, with an affordable price and premium quality the market are chasing”, said Tim Chen, InnJoo’s Co-founder and CEO. “Think as a normal user while design products, define the new functions and apply the new technology to the devices. As we see the increasing demands for privacy and security for every personal products, the Fingerprint technology helps to satisfy it completely.” InnJoo 2 is designed in 2.5D full metal frame, 7.3mm thickness and 126g weights. Adopted the world’s strongest Dragontrail glass touch panel, it has 8 times of hardness than its rivals and  displays a stunning visual effects with 5.0inch screen. The new device is also equipped with a powerful Octa-core processor and running the Android Lollipop operating system, 2GB RAM and 16GB flash memory which can be further expanded to 64GB via microSD card. The built-in
3200mAh battery with fast charge technology, it ensures a longer battery usage. Based on the Android 5.1 lighter Lollipop OS, InnOS allows a better user experience for browsing the Internet, playing games, watching videos, listening to music and talking on the phone.

Max 2 & Max 2 Plus
The big battery series Max 2 and Max 2 Plus have been launched during the event. Max 2 keeps the 4000mAh big battery and comes with 5-inch HD IPS display in borderless design, while Max 2 Plus keeps 4600mAh big battery with 5.5-inch screen. The Front camera has 13- megapixel and the front camera is 8-megapixel, which is perfect for the social photographer and selfie enthusiasts without worrying much about running out of battery while enjoying the phone. The inside is 1.3GHz Quad-Core MediaTek processor and originally, the handset has 1GB RAM and 16GB internal storage space.

InnTV 4
One more highlight of the event is the Smart TV – InnTV 4. As a home application product, InnTV 4 made its debut in Nigeria and will available at Jumia’s Black Friday. InnTV 4 is equipped with 39inch FHD display which is taking CMO screen, splendid quality of liquid crystal panel, LED backlight module and built-in image enhancement technology. The InnTV is running Android 4.4 smoothly with the Quad Core processor equipped. What’s more, InnTV 4’s users can also benefit from built-in Wi-Fi module to browser news, Facebook, Twitter and share screens between smartphones and InnTV 4 easily.

Tim Chen, added, “Life style products are the trend of the market, more and more life style products will pop up to the market to make the life easier. That’s what technologies should bring to us. We are excited to launch the latest innovation InnTV 4 on Jumia.com, probably the best smart TV at most affordable price in the market. Its features and functionality provide users with great experience. Also E-Commerce is the market trend and it grows so fast all over the world. Strategically partnered with Jumia.com, the most influential e-commerce platform in the region,
is definitely a wise decision to open up the field of e-commerce to InnJoo.”

Max 2 and Max 2 Plus come in four color including Titanium Grey, Milk White, Luxury Gold and Rose gold, consumers can purchase at a retail price of NGN 21,500 and NGN 23,500 on jumia.com from 20th November 2015.
InnTV 4 comes with black which will be sold on jumia.com soon.