The NYSC Journey Of Larious Is Over: Now A Certified Ex Corps Member 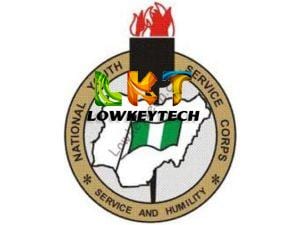 Yesterday the 15th of October 2015 was the official passing out parade of the Nysc 2014 Batch c corps members. The end of service year was indeed a joy beyond no bounds for any passing out corps member in Nigeria. The awesome feel every corps member felt yesterday was trilling and tears of joy came pouring down after a year of dedicated service year to our father land Nigeria, under the sun, rain, in villages, rural areas across the country. 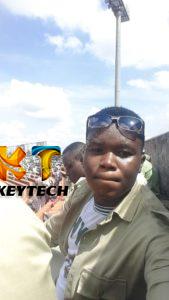 I remember writing my first article about my Nysc experience in camp and other Nysc activities like relocation process and redeployment which really helped most prospective corps members survive in camp and get the required knowledge concerning Nysc scheme.

This article is to tell you guys my Nysc journey is finally over, My most sincere appreciation goes to God for keeping me and protecting me right from travelling down to gboko nysc camp in Benue state from Lagos and granting me journey mercies back to Lagos and also helping get relocated to Edo state which was quite better than going to adamawa which I was initially deployed to.

I am loss of words and thanks to God who made this possible, because if it wasn’t he’s grace, mercy and protection I won’t be writing this article right now. I know of some corps members that died going to camp and coming back from camp, even some died during their service year to the country. May God grant their gentle souls rest in peace and comfort their parents and family members.

My Nysc journey started right I was deployed to Adamawa state but our orientation camp was to be held in Benue state due to the Boko haram issues. The trip to gboko nysc camp in wannue Benue state which was our nysc orientation camp took over 15hours from Lagos, The camp life was not really favorable but it was ok.

When relocation lists came out I was redeployed to Edo state which I didn’t choose during filling the relocation form process right in camp. I even went to camp with a medical report from my doctor indicating my health condition. *LOL* (Got no health issues ooo, I just want to be posted close to Lagos) and should be posted to Ogun state which I choose because it’s closer to Lagos.

To my greatest surprised it was Edo state I got relocated to. I was pissed and disappointed but later I realized its far better going to adamawa state or the north at that time. God really works in mysterious ways. I really Thank God for posting me to Edo state, Ekpoma, Esan west LG. The bitter truth is God knows what is best for you irrespective of your choice and plans in life. Trust God and let him take the lead. At the end you would be glad and pleased how things turn out.

I made cool funky friends in ekpoma, my service year was fun and interesting because I choose to make it lively and fun interesting. Even though ekpoma is a village and not like Ogun or Lagos I wanted. But it was very interesting, I got my own house a self-contain apartment which was close to my primary place assignment (PPA), My PPA which was a small private school which has a primary, junior and senior section couldn’t give me accommodation when I came newly to ekpoma, I had to sleep in an hotel before I could secure an apartment.

I teach computer science, Business studies and social studies which I was just initially meant to teach just one subject which is computer science. But because the school don’t have teachers and the proprietor begged me to teach the other subjects.

I took pity on the students and decided to take the additional subjects. The monthly pay was nothing to write home, Also Edo state doesn’t pay state allowance, so it was just the federal government 19,800 and the peanuts my PPA pays that keeps me going here. But not withstanding I had fun and made my stay here interesting, I even learn little of the Esan language and culture.

All corps members in Edo state yesterday was at the stadium in Benin for the passing out parade which was fun and quite interesting though the state governor His excellency comrade Adams oshiomhole didn’t attend the event but sent his representative. 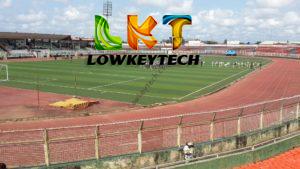 After all the parade activities and other speech presentations, our certificates were given to all corps members by their various Local government officials. Sorry to say some corps members didn’t get their certificate because of some issues like missing the Nysc head count which was very mandatory for every corps member in the country.

See snapshot below of larious on his knees Thanking God for a successful Nysc service year: 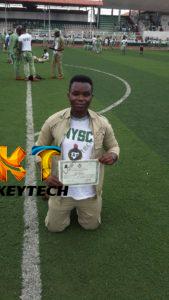 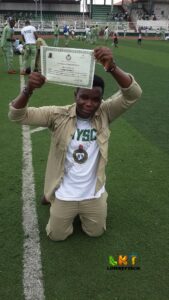 I just want to thank God for everything and making me see the end of the service year. To God Be the Glory.

NOTE: I would be writing some new tutorials on how to handle your PPA and also Cds and general how to avoid queries and issues with your LGi and Z.i 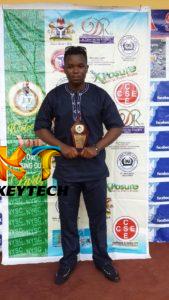 See the award below, though they didn’t spell my surname correctly, which was meant to be “AROLOYE and Not AROWOLE. 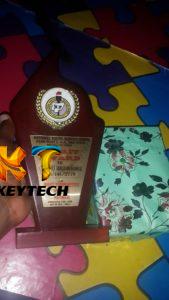 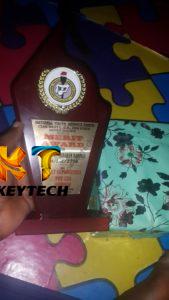 I wish all the prospective batch B 2015 as they get ready to go to their various Nysc orientation camp.

TO GOD BE THE GLORY 😀

4 Best Ad Blocker for your Android phone and browser

How to unlock your phone if you have forgotten the pattern

4 Best Ad Blocker for your Android phone and browser

How to unlock your phone if you have forgotten the pattern

3 thoughts on “The NYSC Journey Of Larious Is Over: Now A Certified Ex Corps Member”